For my undergraduate thesis in graphic design I was interested in exploring the effects of online content personalization on individual perspective and construction of beliefs. Over the course of my senior year of university, this evolved into a collection of video interviews, a website, and a lot of research. The final work was exhibited in April 2017 at the BFA thesis show. 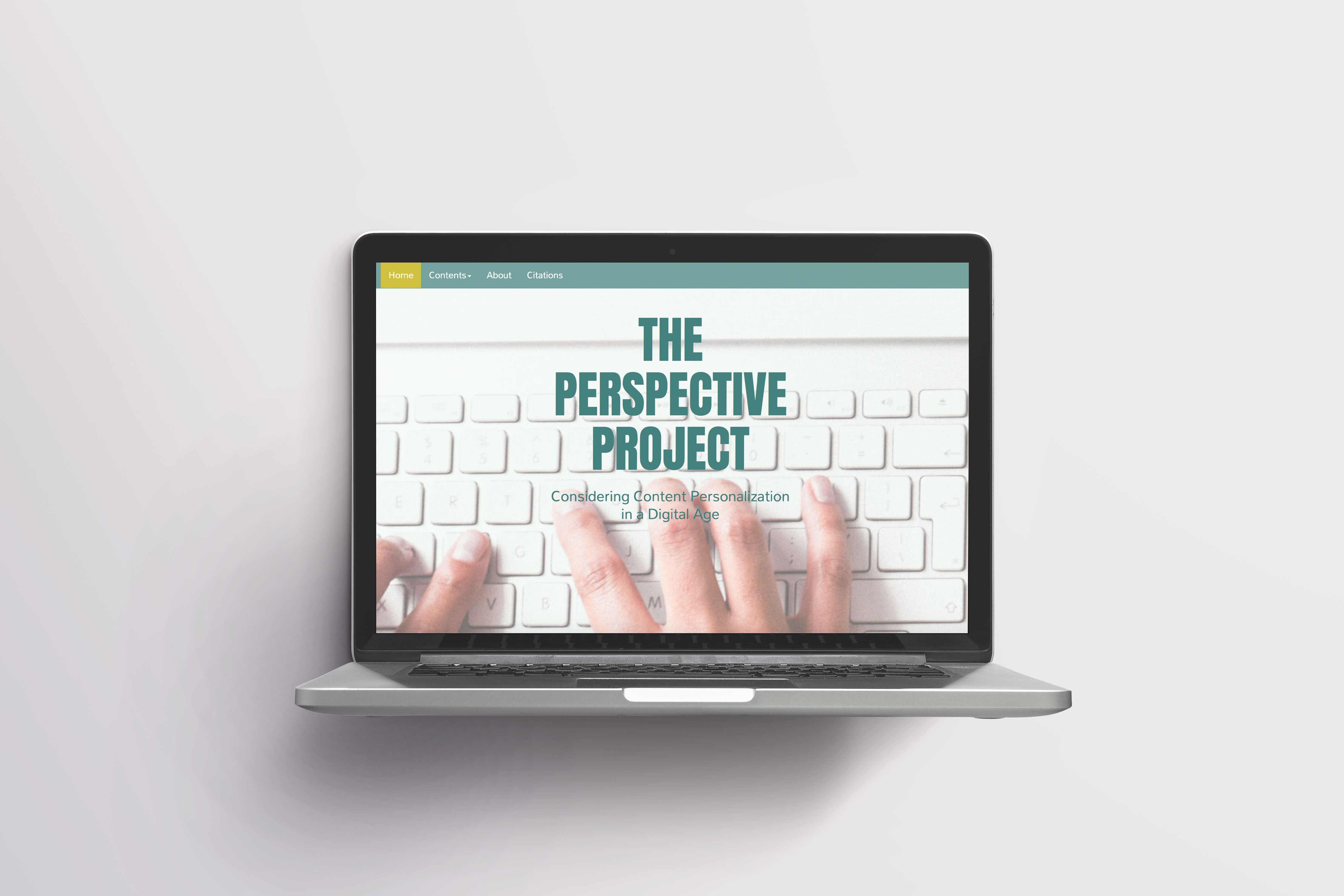 Initially, I was interested in the idea of finding ways to promote empathy in an online environment. Social media, while successfully uniting those who share opinions, also divides people into very separate and disparate groups. However, after some research I reworked my initial thesis statement to focus more on construction of beliefs; and then finally, my thesis statement read as the following:

To gain a sense of peoples experiences on the internet, I decided to create a survey. This was a timely endeavor, considering that at the time we were at the height of online disparity in the United States during the 2016 presidential election. It should be noted that the results of this survey are in no way statistically sound, as it was a voluntary survey and I mainly received respondents through posting it on my own Facebook account. However, it did give me some idea of how people other than myself experienced the internet, which benefited my thought process. 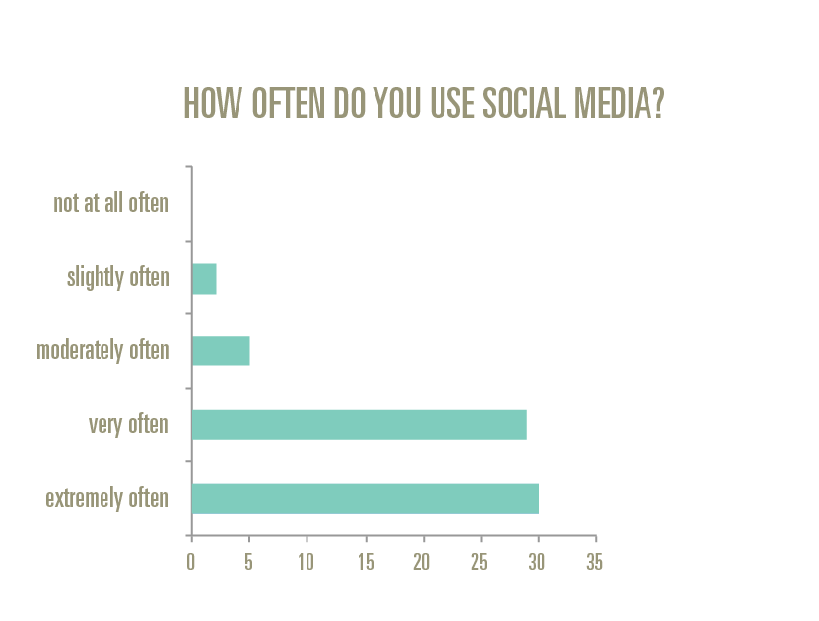 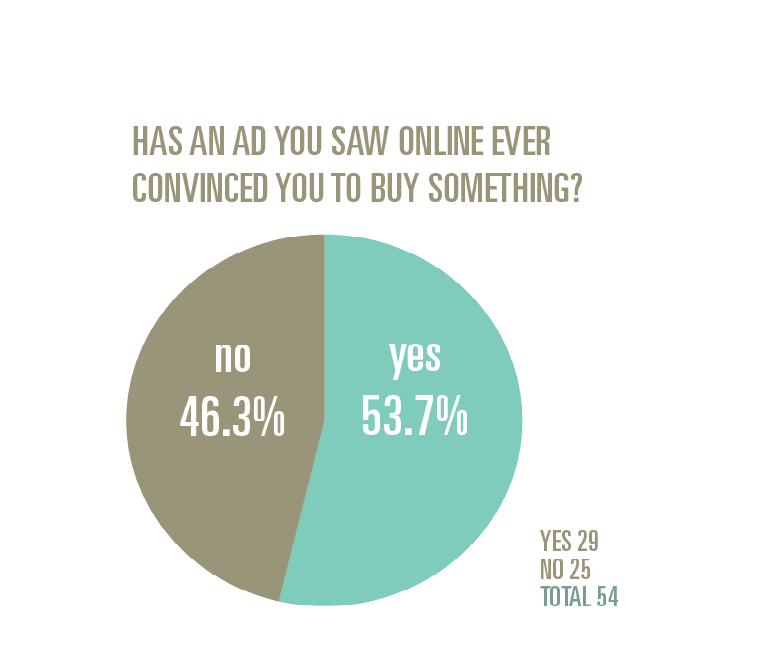 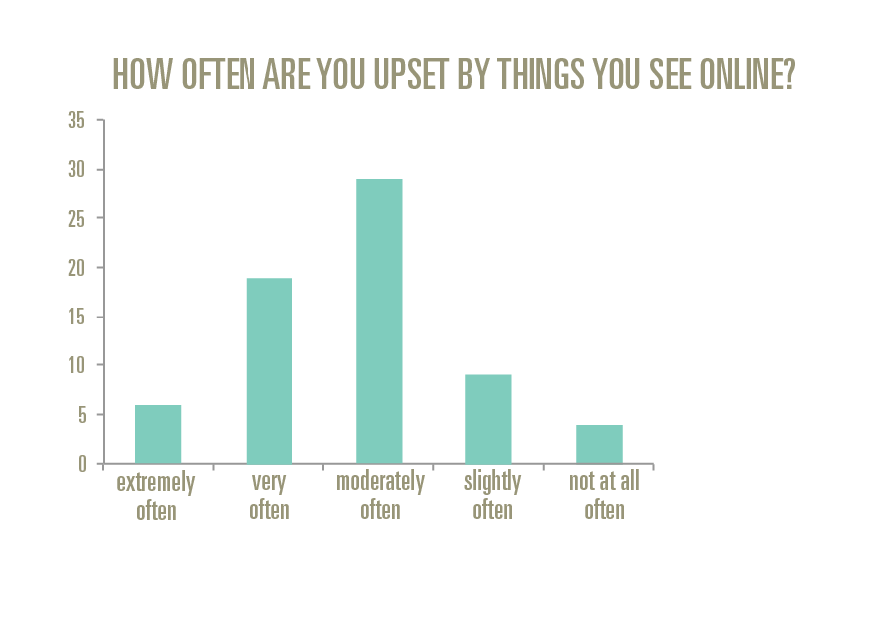 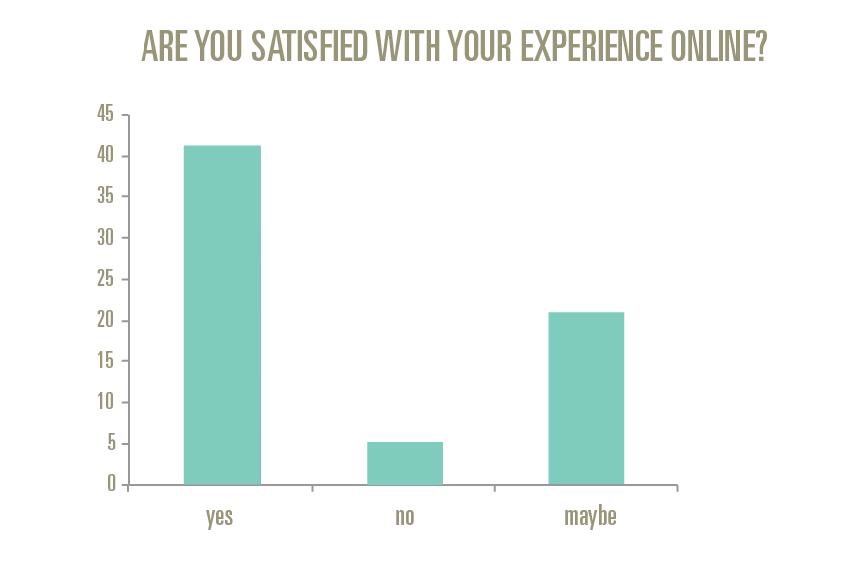 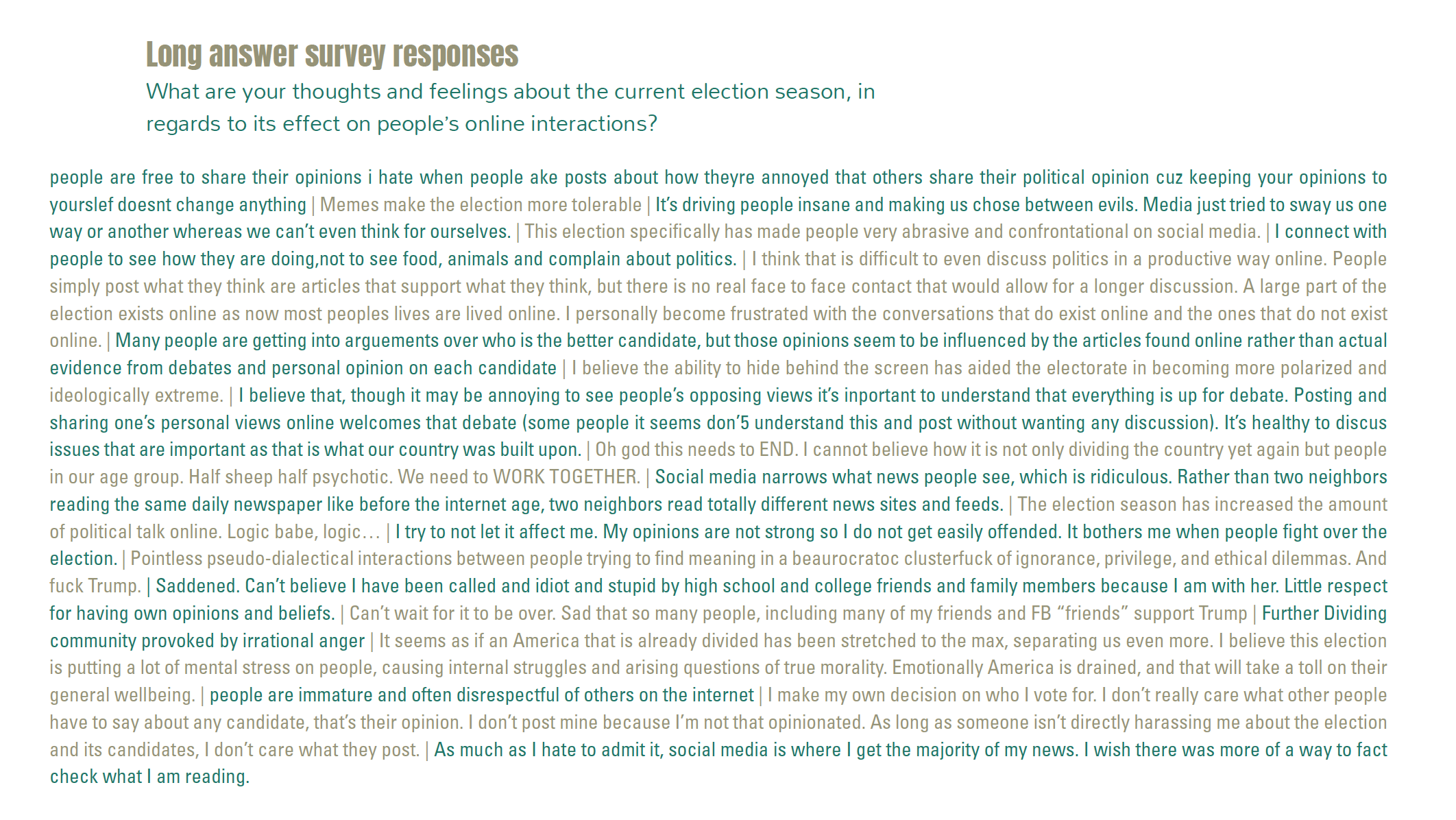 Since content personalization impacts the way that each person's social feed looks, I wanted to gain a first-hand understanding of the way that different feeds can present vastly different information and advertise different content. I asked my Facebook friends to send me screenshots of their home page, and some of the results can be seen in the image below. I think it's interesting to note that it's pretty easy to determine people's gender identity just by looking at the type of targeted advertising they're getting. 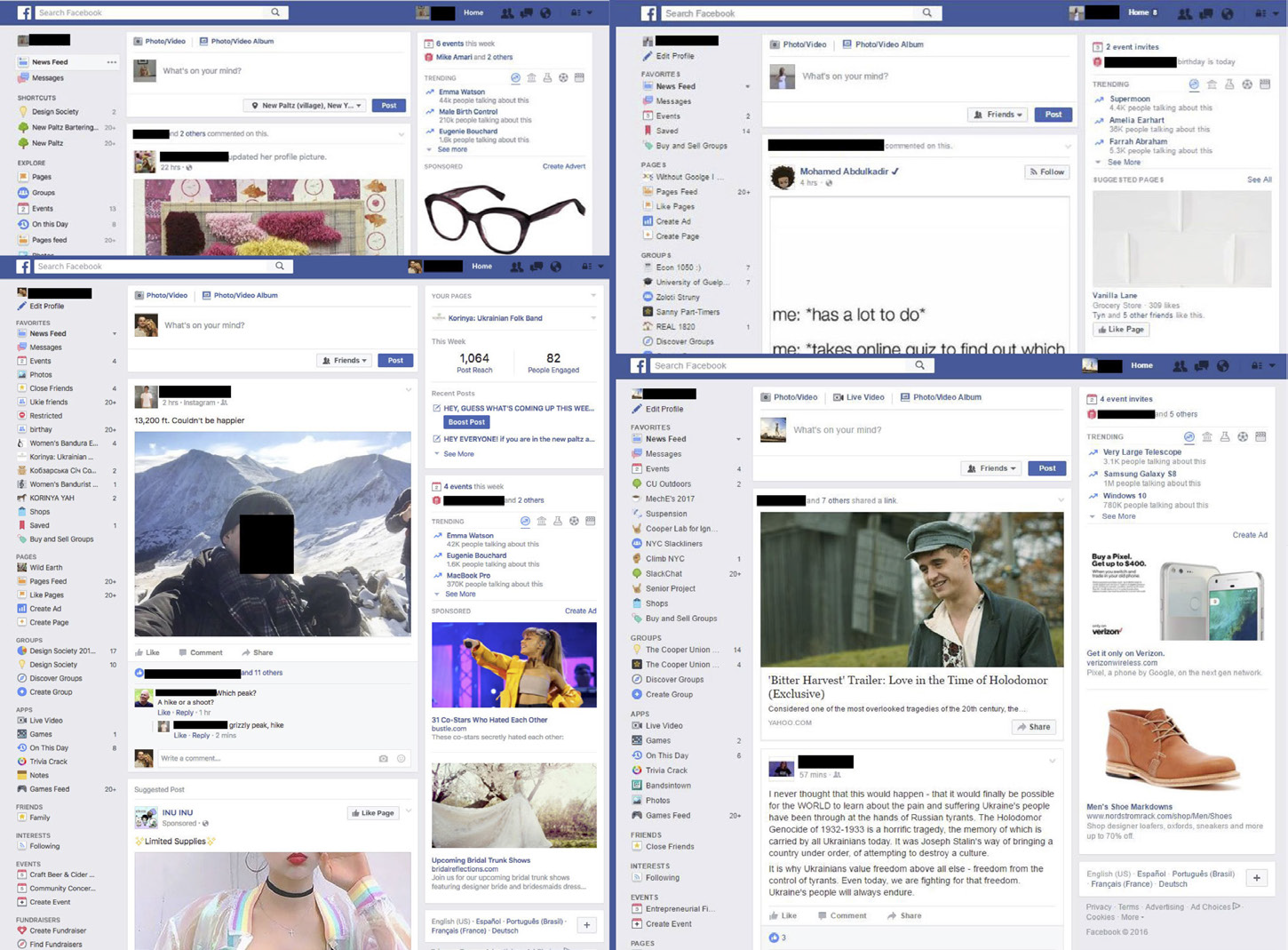 As I was planning the final product of my project, I realized that I wanted to include a more human aspect. I decided to get a gauge of the differences between the beliefs that various people can have by getting people to respond to a two-part prompt, in the form of a video. Once I got around 25 videos, I started the process of selecting and editing. I struggled to come up with a cohesive way of tying the videos together, since many of them had different backgrounds, colors, and audio levels. I ended up unifying the videos by applying a Tritone effect, and resolving the audio level issue by creating callouts for significant quotes. 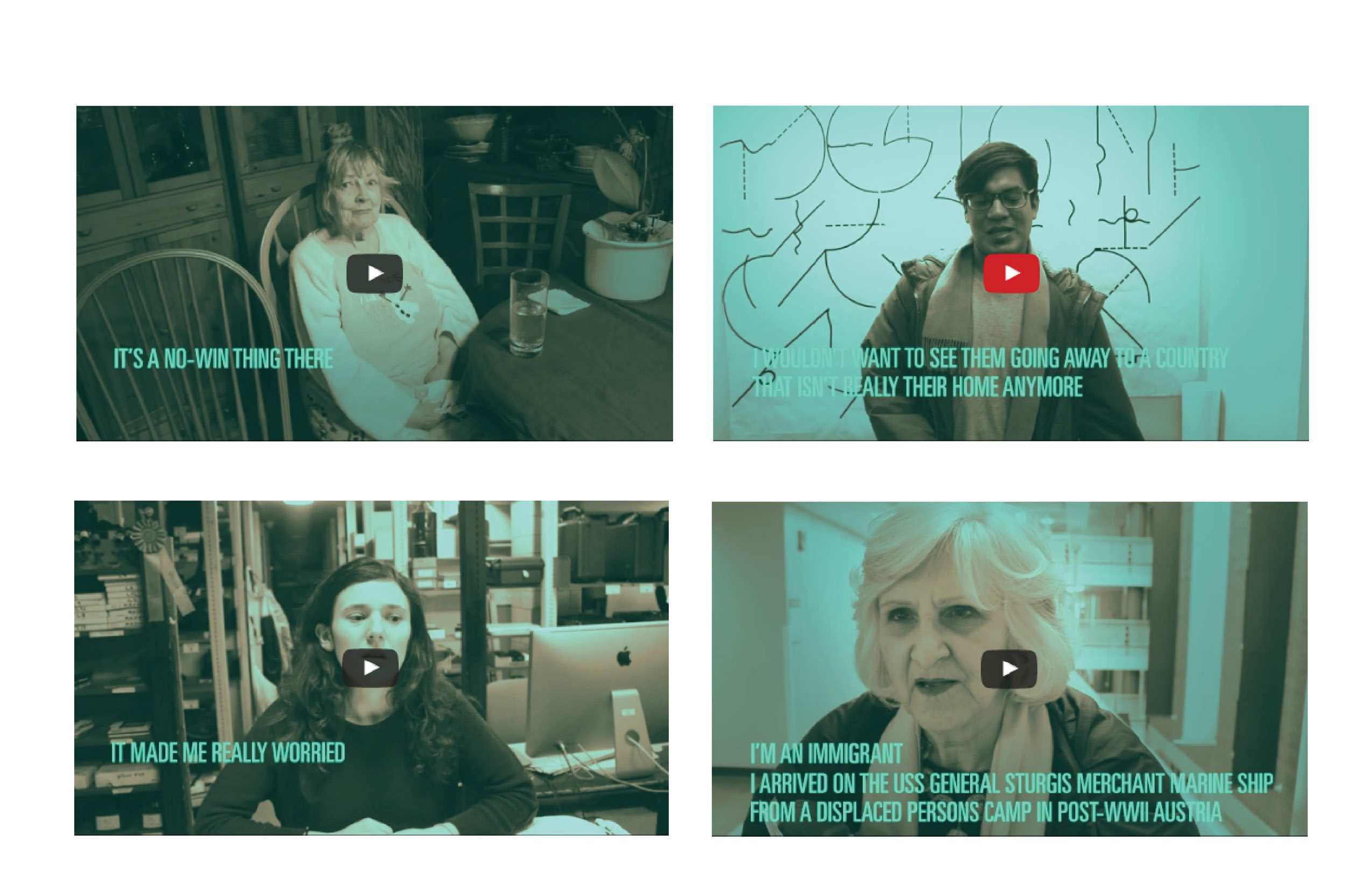 At the time, I was not as familiar with UX/UI and web development, and threw myself into the process of making the website instead of wireframing and planning it as I should have. I knew that I wanted to create an interactive article containing the research and videos that I had gotten throughout the process. I started the website using Bootstrap. It took a while to get the look and feeling I was going for, and I originally was working with some very dark and oppressing color schemes. Eventually I came to a lighter color scheme and added more breathing room treatment of the website layout, and as time went on was able to figure out the media queries I had been struggling with. 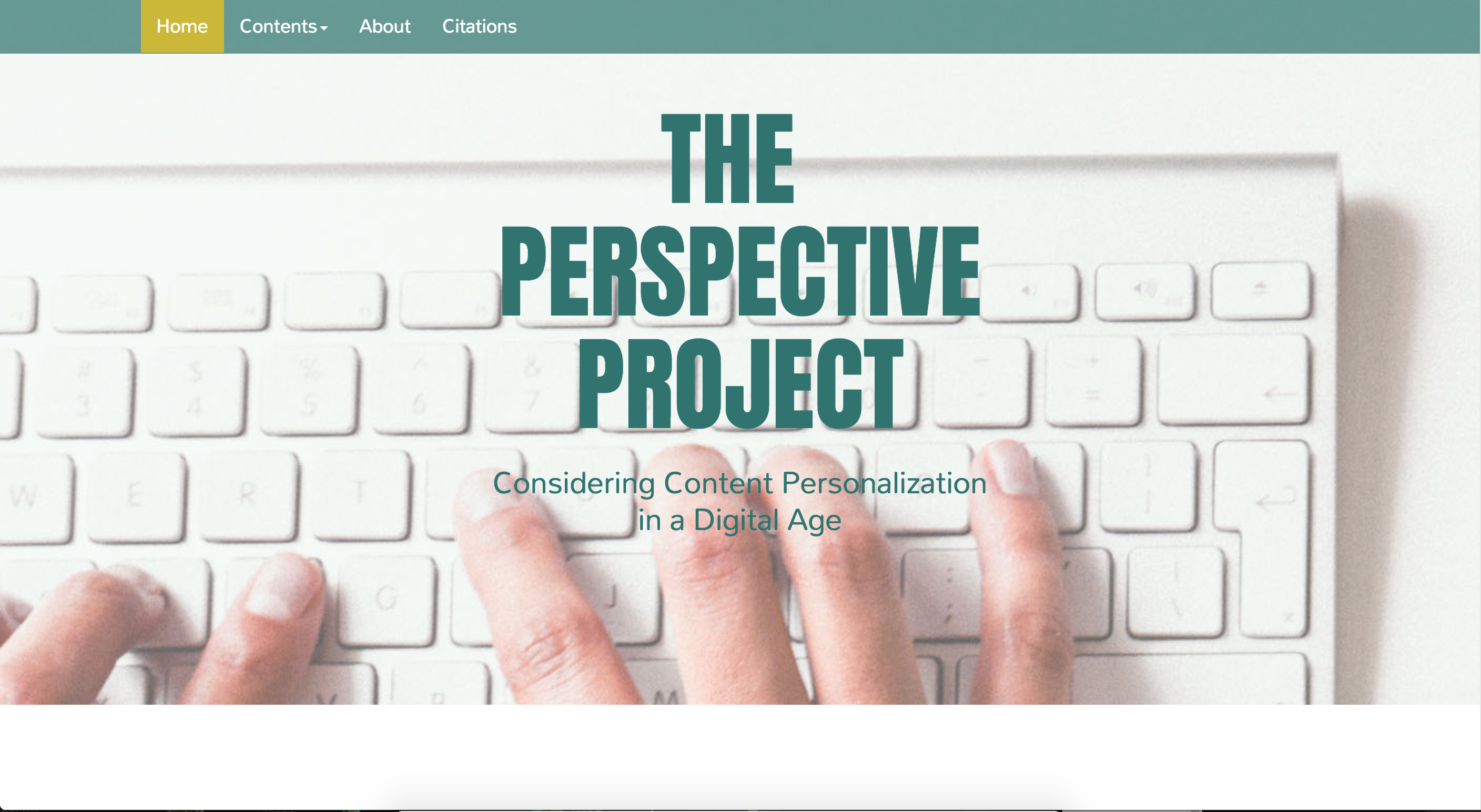 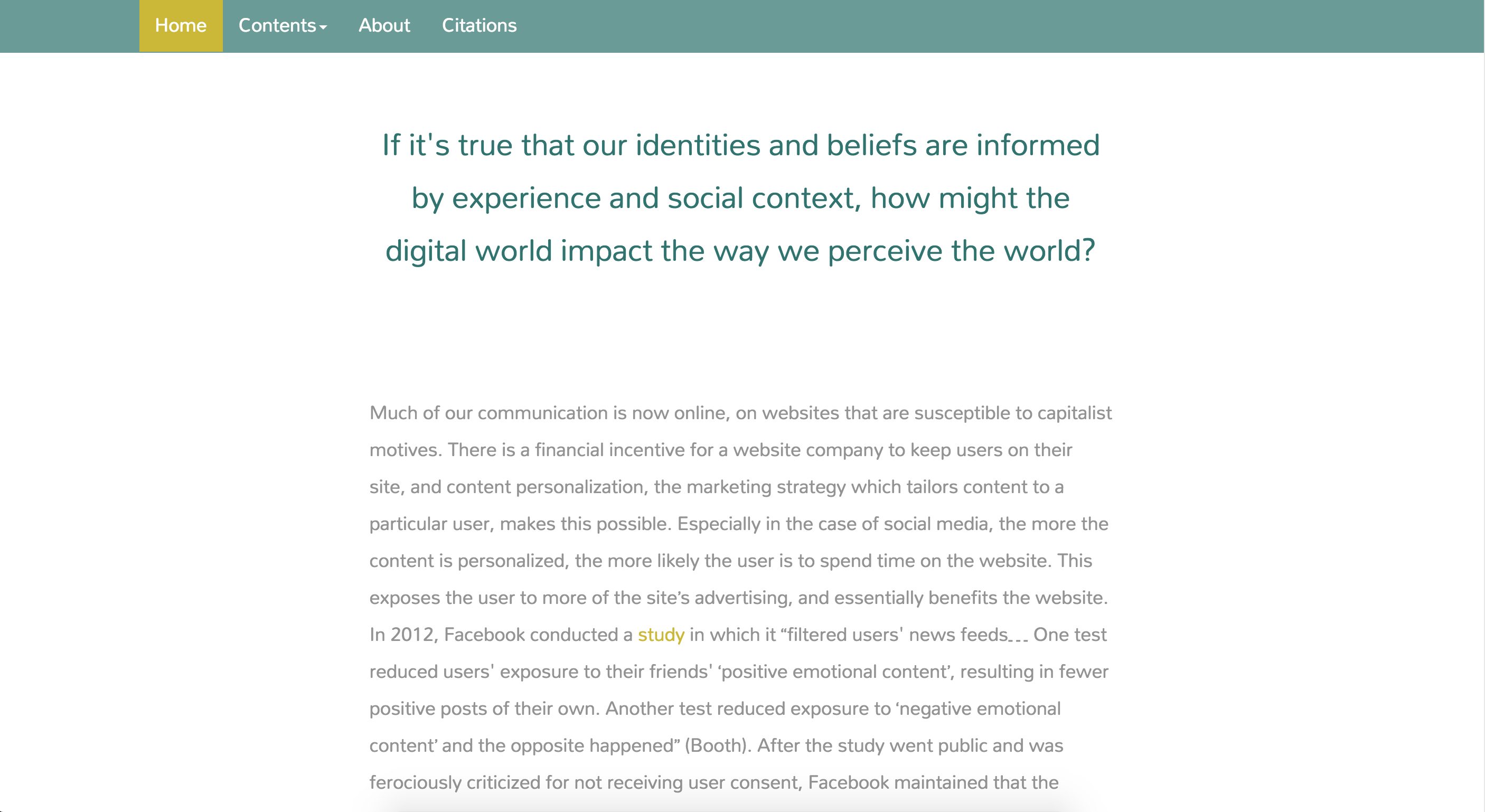 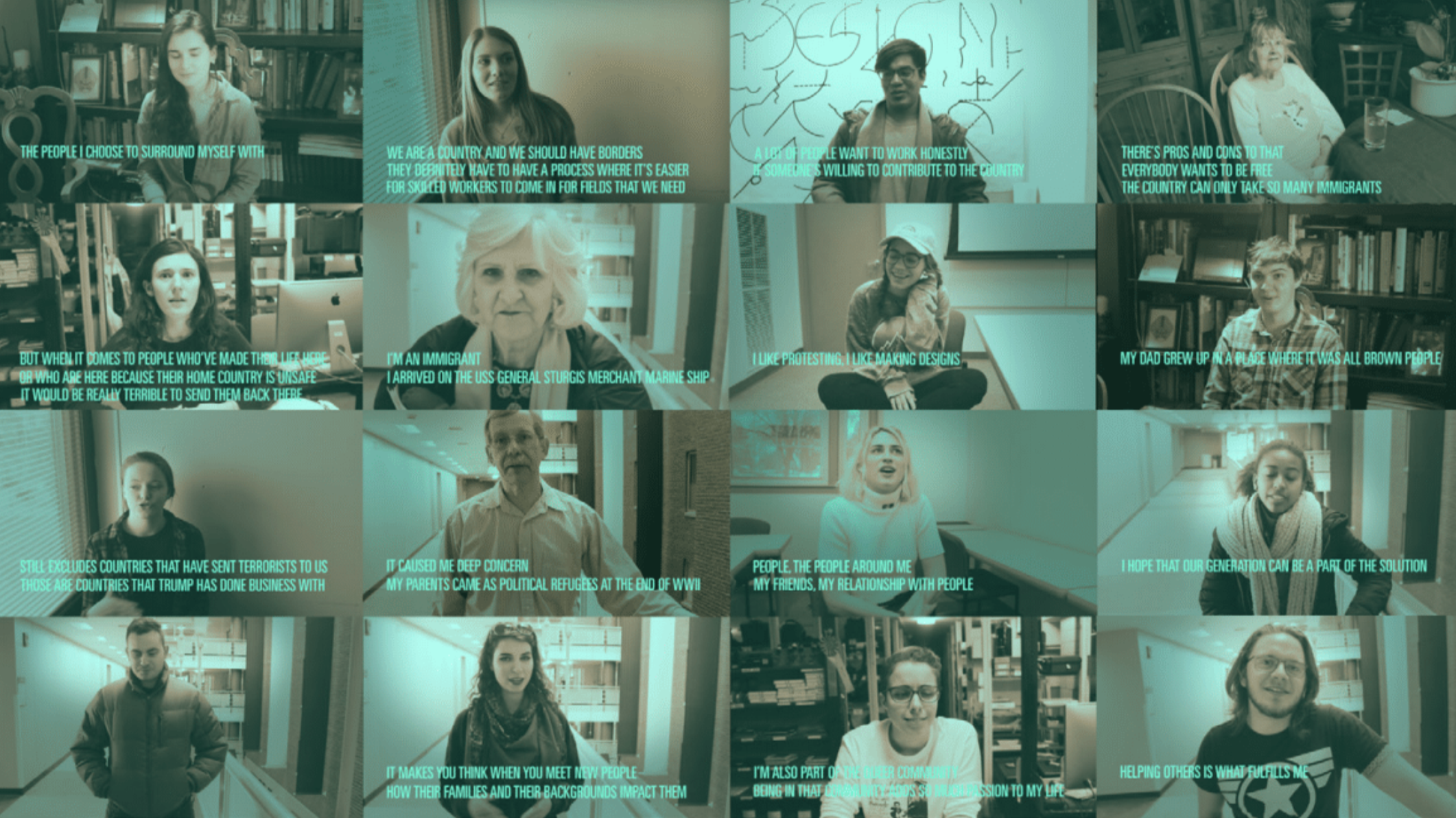 If I were to go back and do this project again, I definitely would try to spend as much time on designing the final product and conducting user testing on the site, as I had on the collection of research. I would also have liked to diversify my interview group as much as possible; as a white university-aged woman, I was limited in the access I had to different types of people, which means that I probably ended up interviewing people that were perhaps too similar to me. However, it was still a fantastic learning experience and really opened my eyes to all of the variations of worldviews. I'd be really interested to see the kinds of responses I'd get if I were to conduct those surveys and interviews in today's online environment.