About 15 years ago my mom started a family band with me and my siblings, which came to be known as Korinya. We played traditional Ukrainian folk music, and as time went on I began creating designs for our promotional materials. Now, we are a self-managed young band (no longer a family band, although my sister still plays accordion with us). We often collaborate throughout our creative process, both in terms of music and in terms of the branding and imagery we use for concert posters and the like. 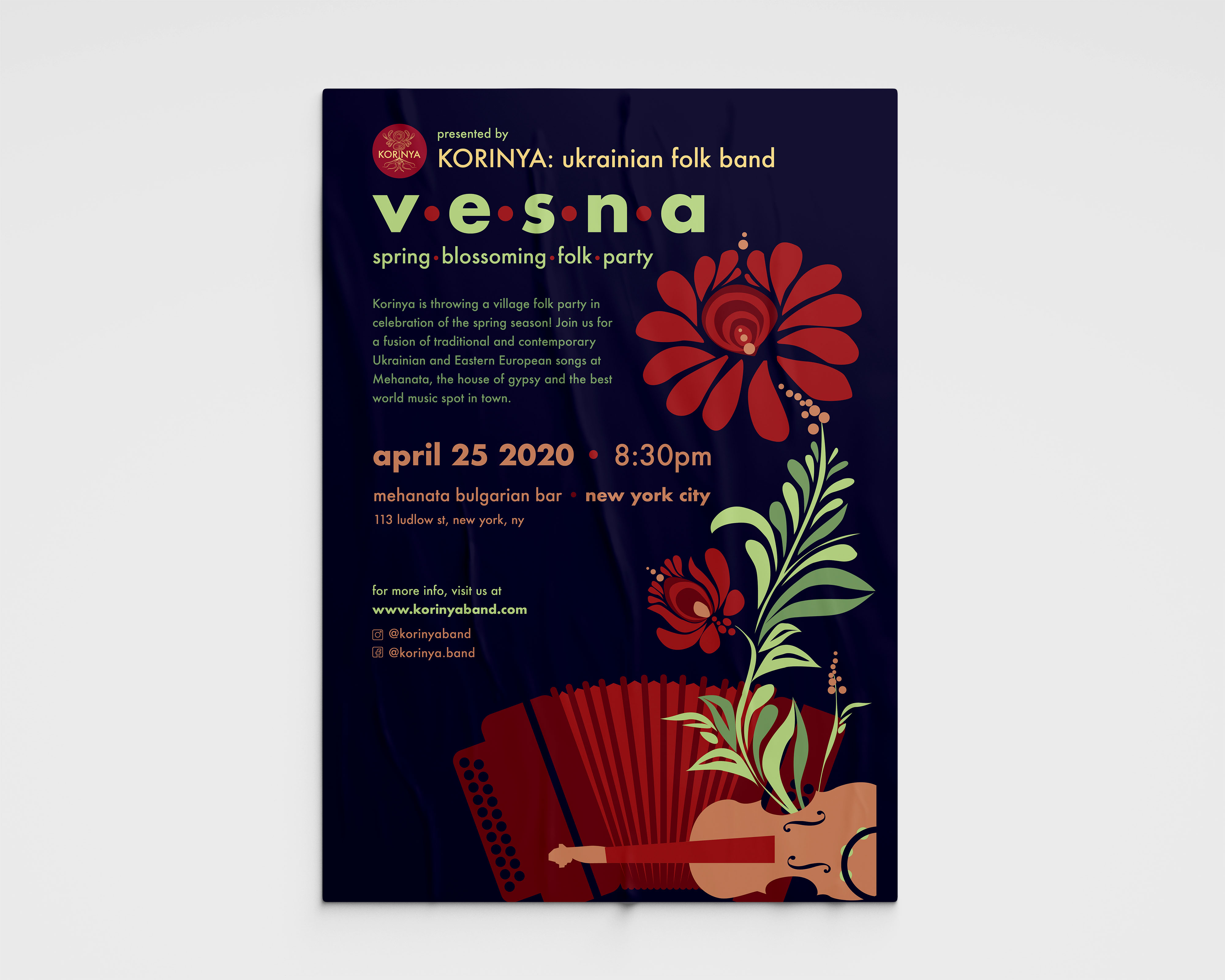 Korinya translates to "Roots" in English, and as a folksy and traditional group, we emphasize naturalistic and botanical motifs in our branding. Our album Zemlya (translating to Earth) features a flower growing out of a black background, in the style of Petrykivka painting, a style of traditional Ukrainian art. 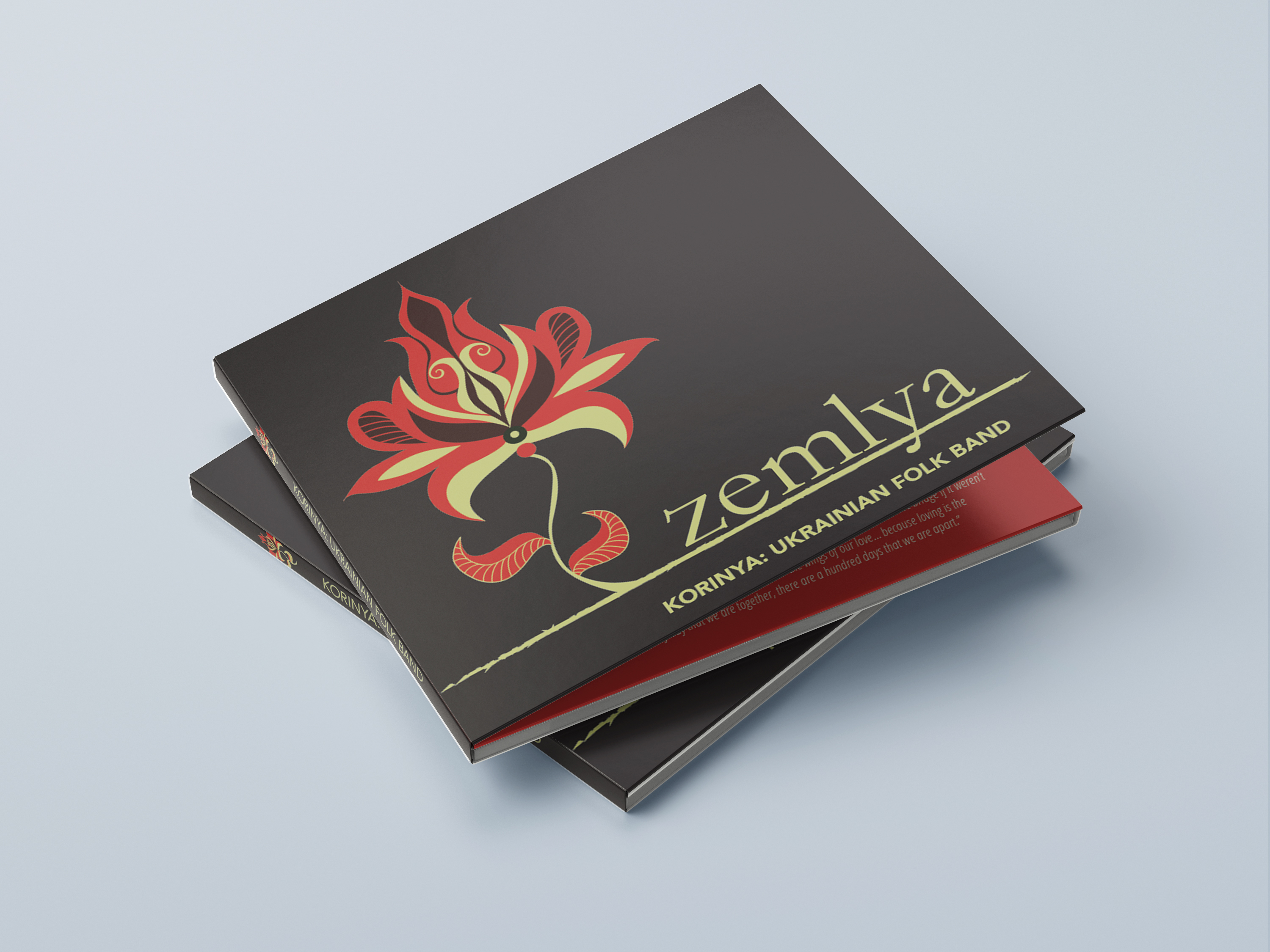 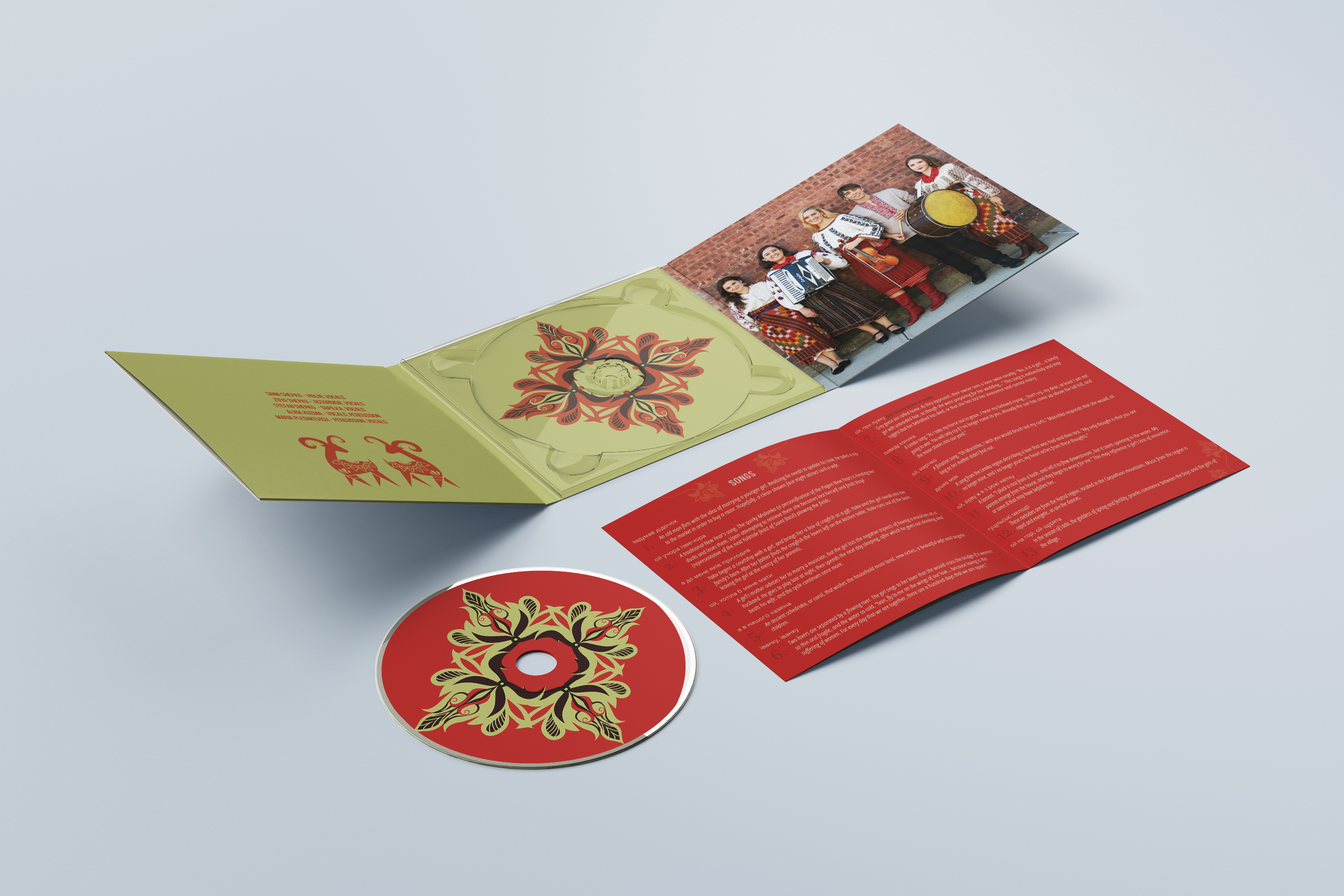 Similarly, artwork for a recently released single is also botanical. For this project, I collaborated with my sister to develop the hand-lettered type used in the design.

I created a teaser animation to help build up hype for our single release.

In addition, I built a one-page site that showcased the various platforms where people could stream the song, as well as full lyrics and translations. 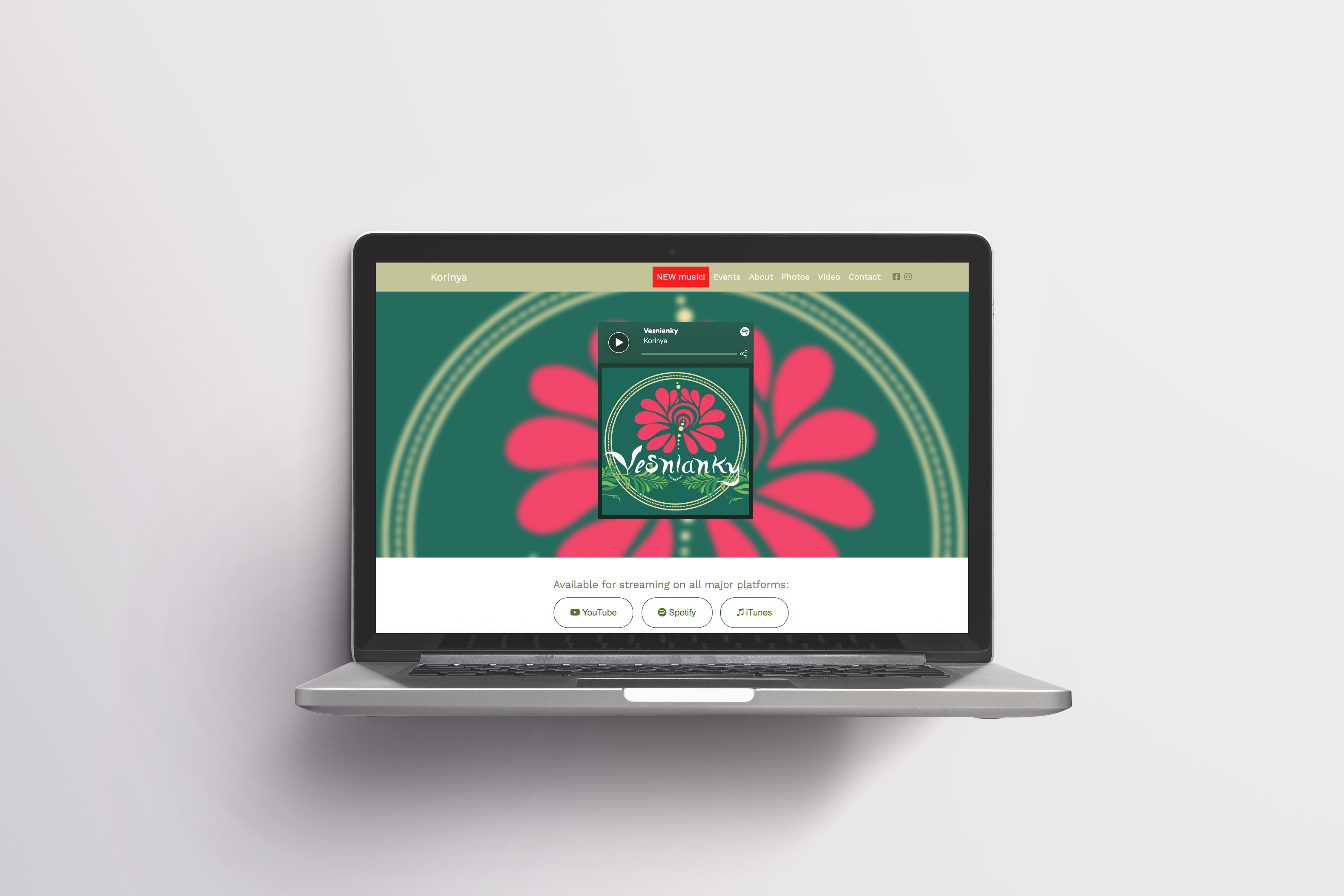 Finally, our live recording varies from the botanical theme but retains a whimsical, naturalistic feeling, where each member of our band is depicted as a farm animal playing our instrument. For the illustrations on the cover, I collaborated with our singer. 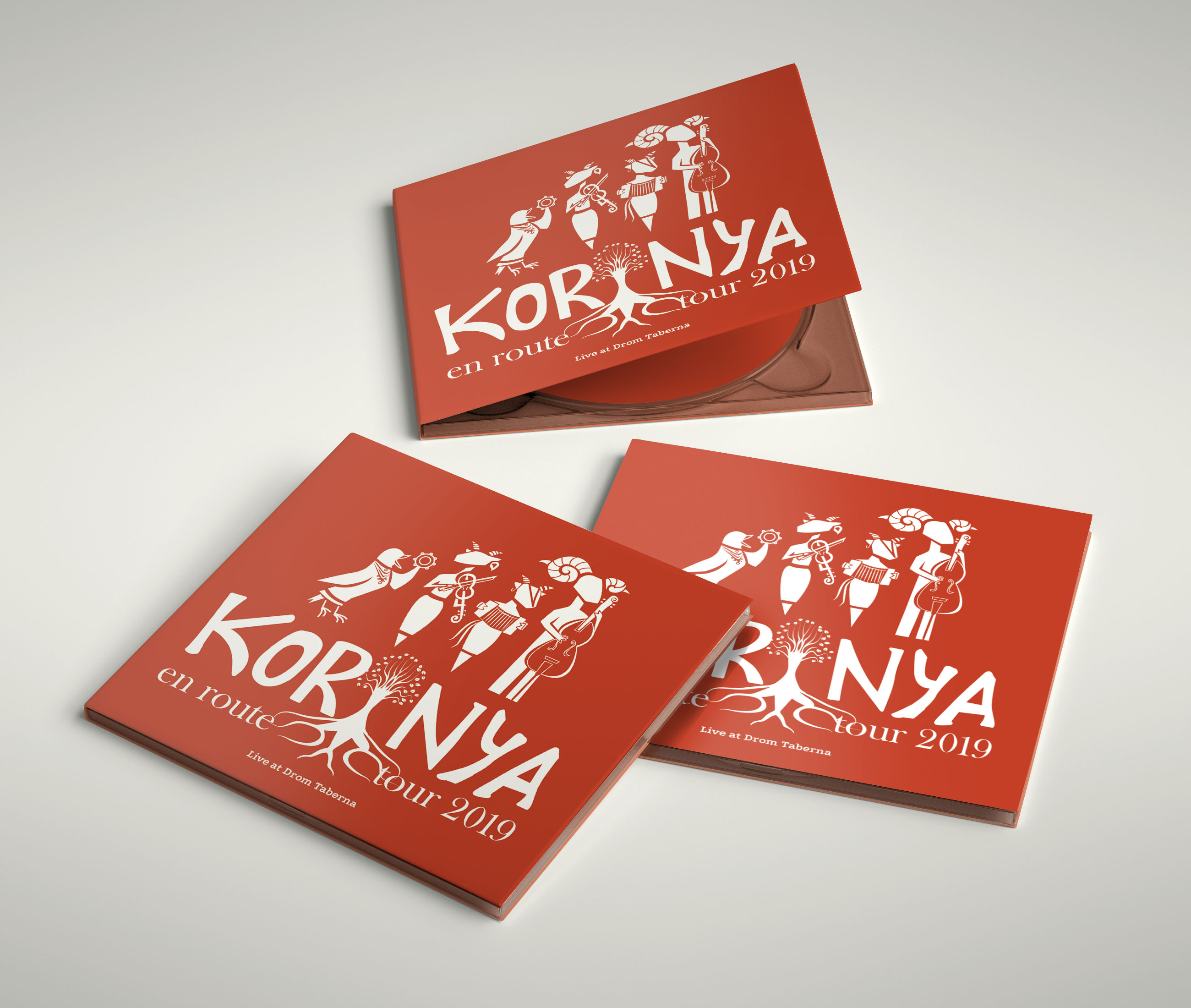 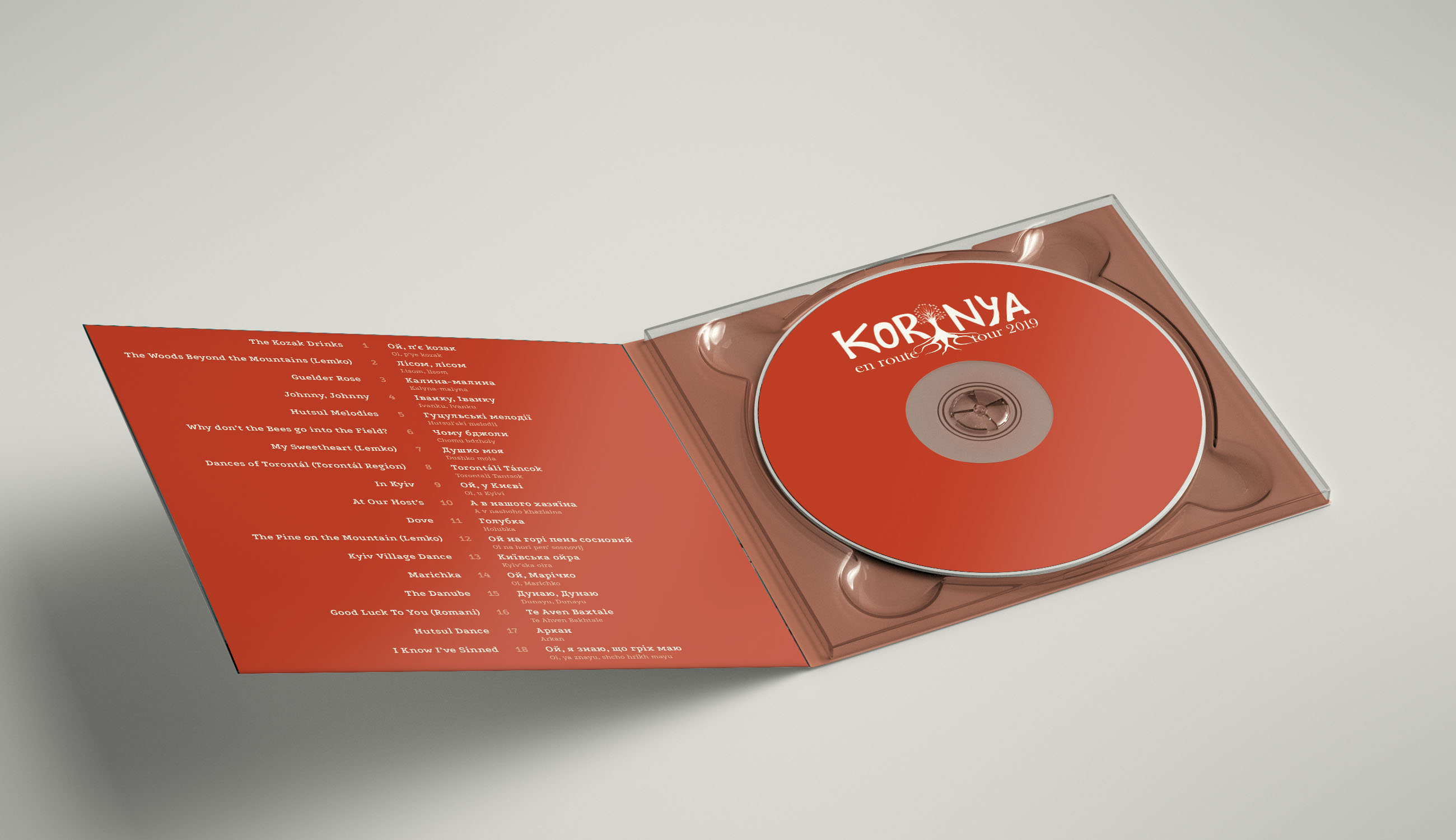