I was hired by the Master's in Digital Futures administration to design the branding and design materials for the 2018 graduate thesis exhibition, which took place in April. This project was quick-paced and involved a lot of communication with the students as well as the graduate coordinator in order to be able to make deadlines. 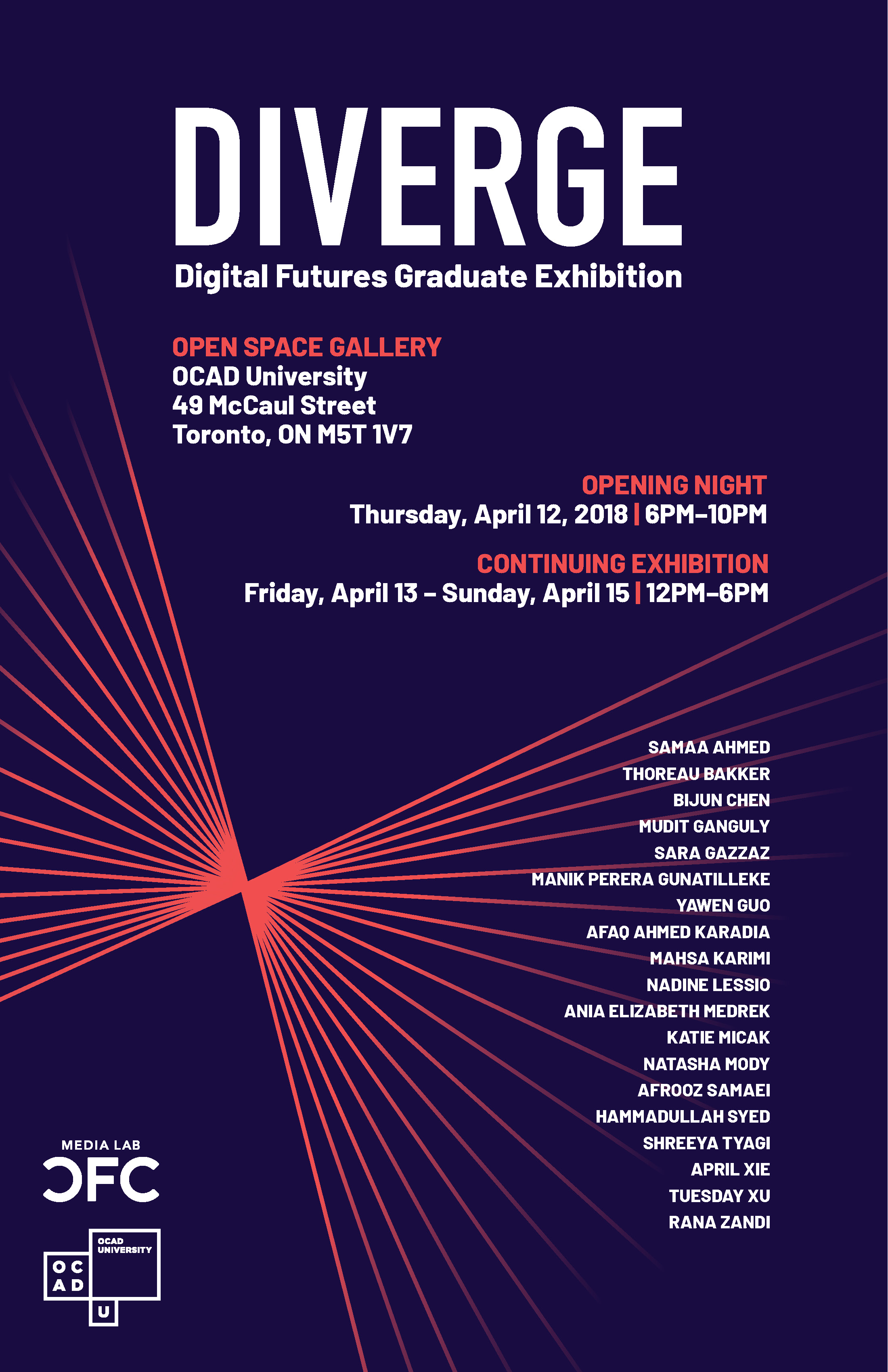 Initially, I met with the graduate coordinator and the graduate students and we discussed the tone and general aesthetic that they were interested in achieving for their thesis show. They had already settled on a name: Diverge. Based on this concept, we discussed thematic areas:

From these early meetings, it was agreed upon that the approach and aesthetic they were looking for was a clean, minimalist design, with a modern san-serif typeface.

Following my meetings with the students and graduate coordinator, I began working on some initial poster drafts. Understanding the importance of simplicity in this design, I decided to abstract the concept of 'diverge' by graphically illustrating vector shapes and lines either crossing or moving away from each other. 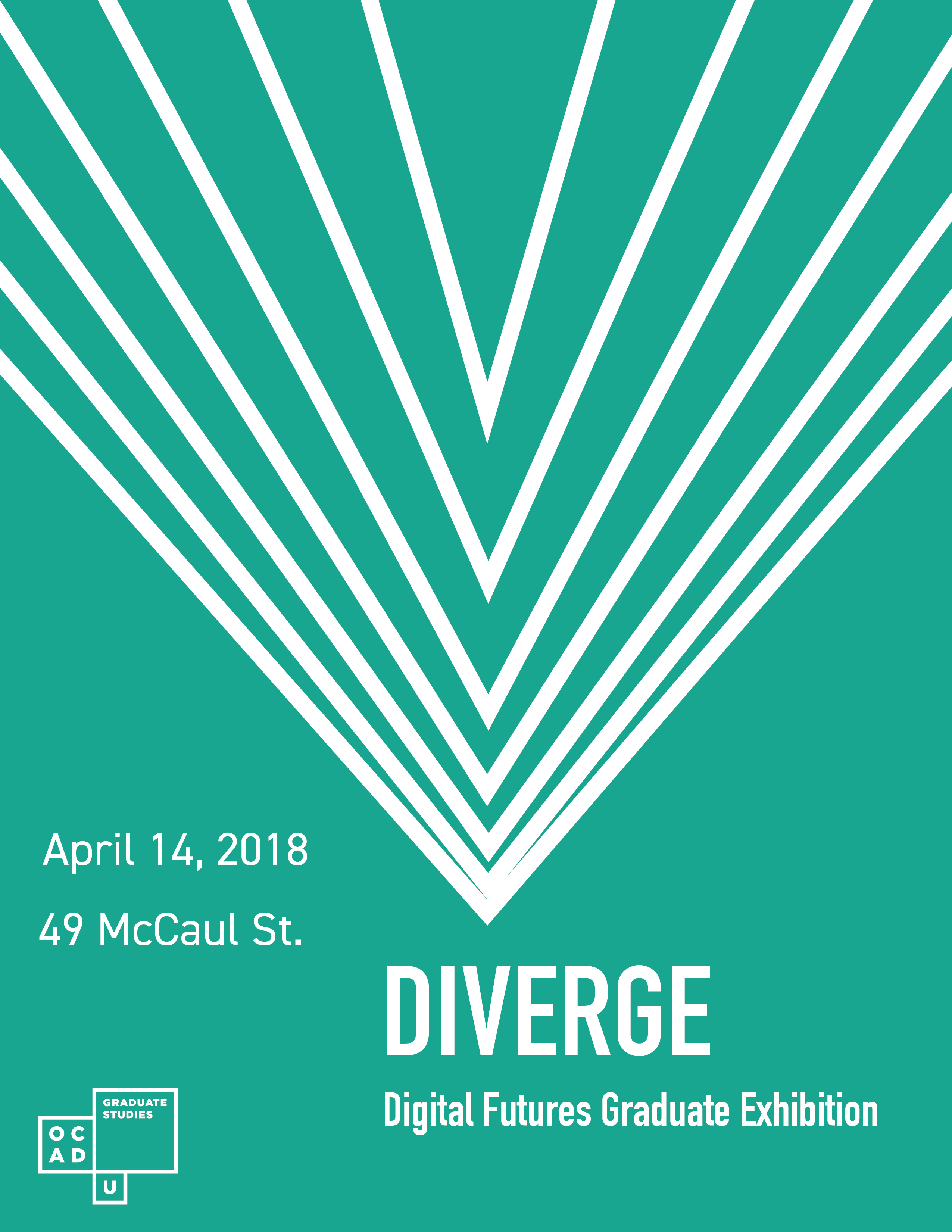 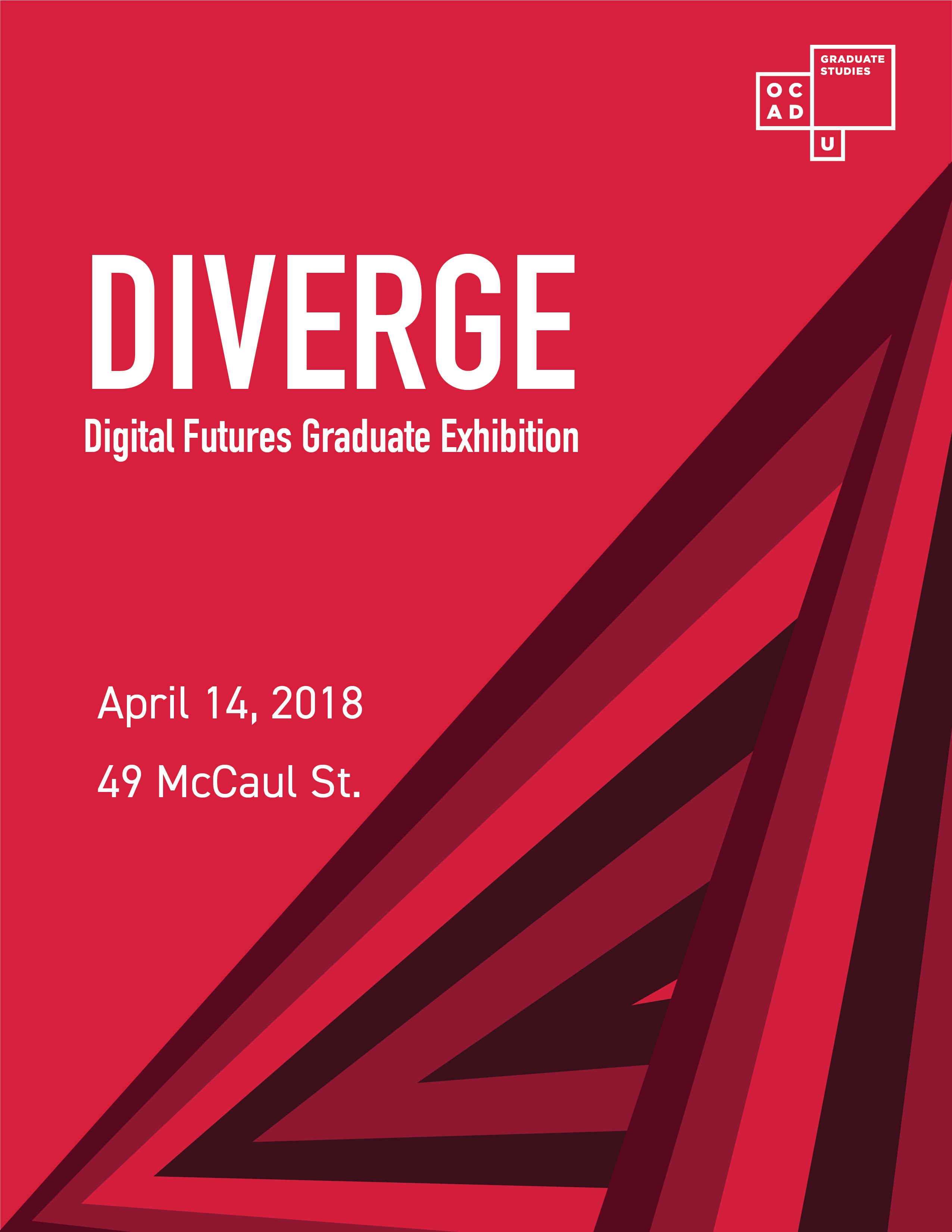 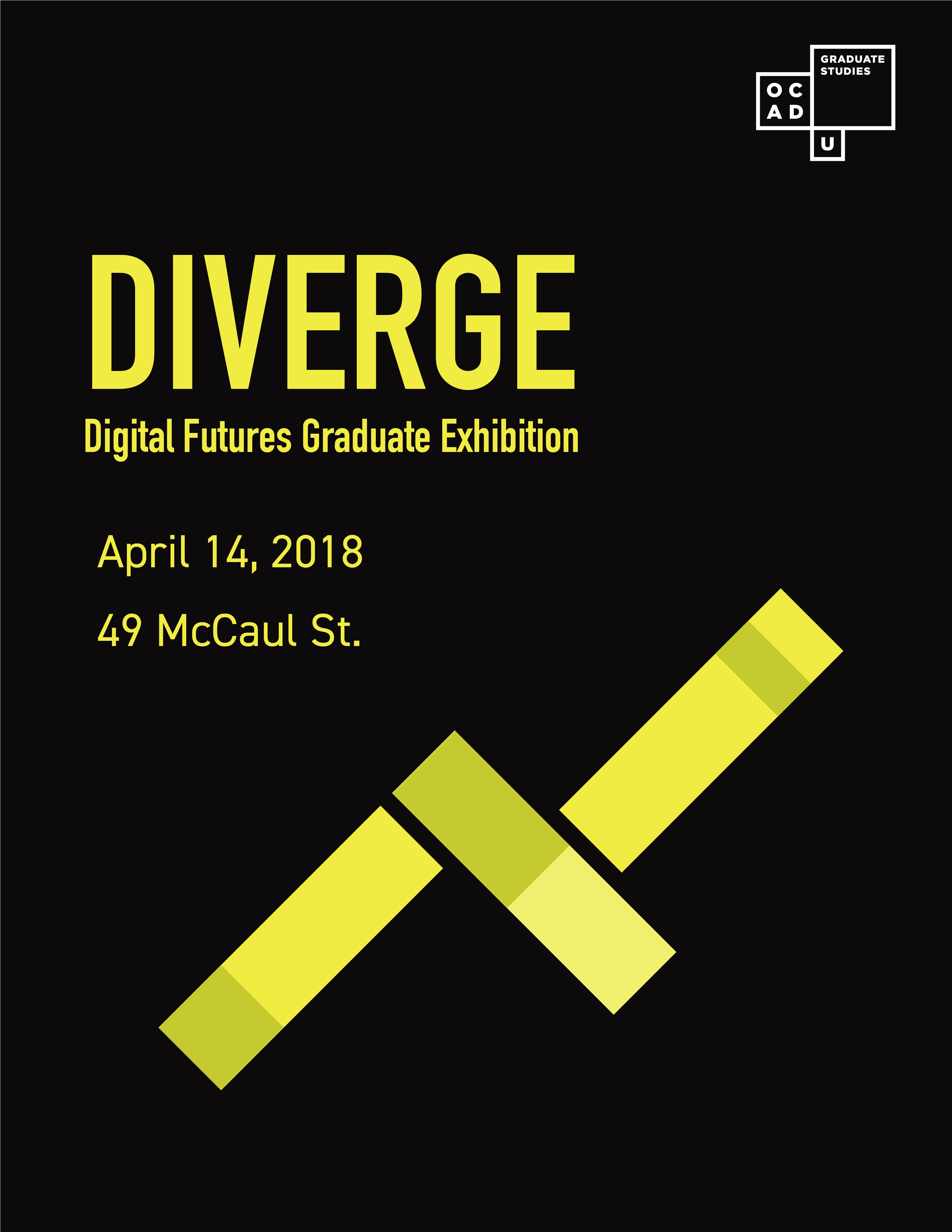 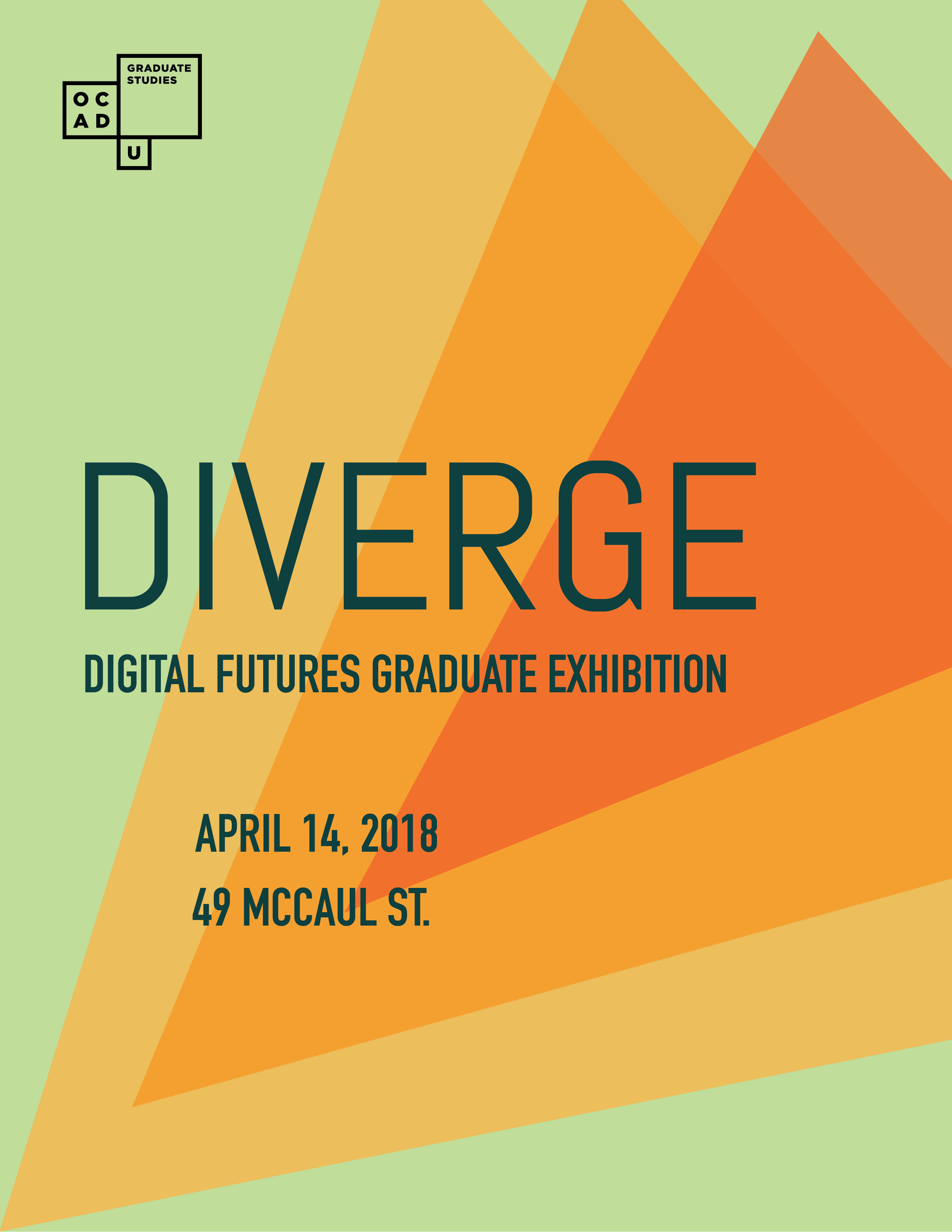 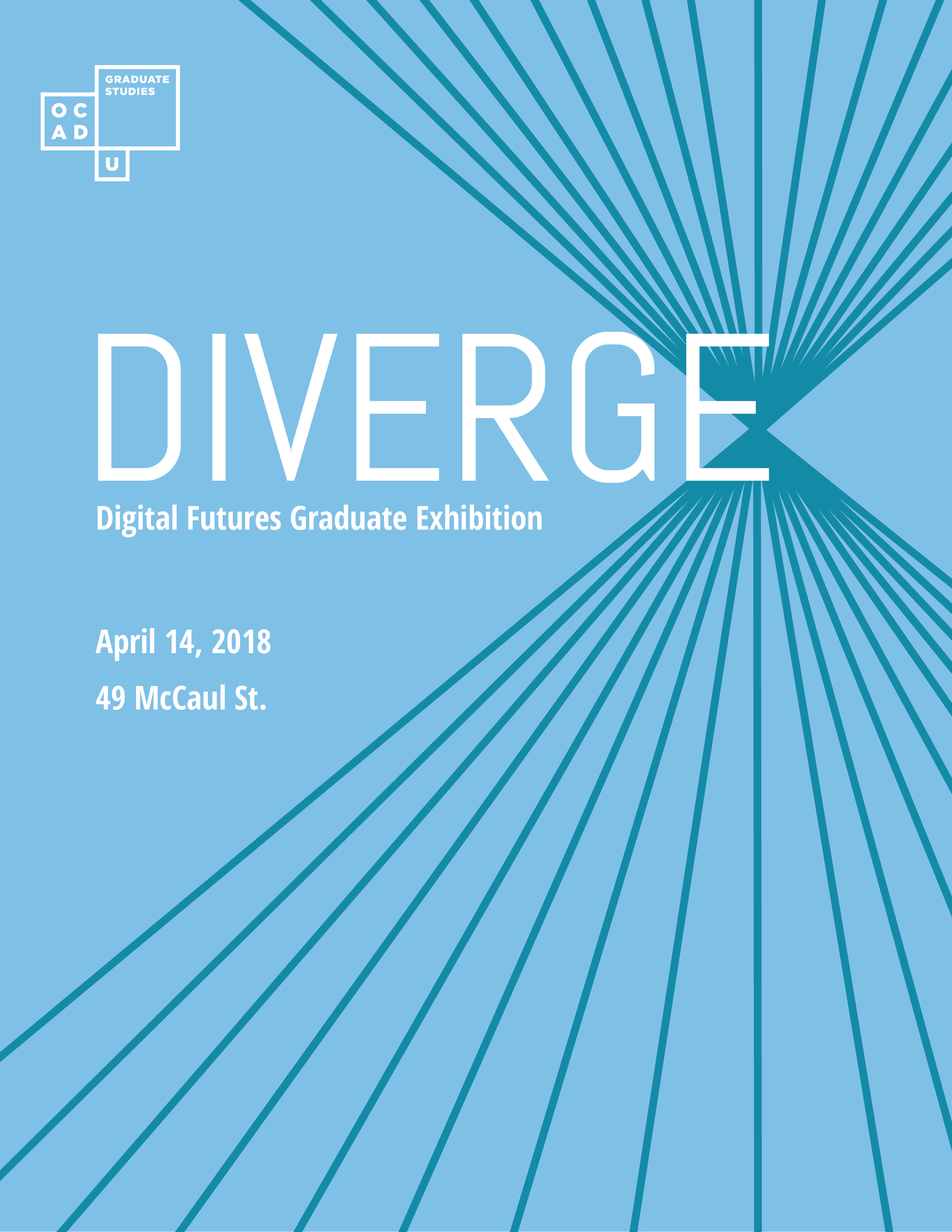 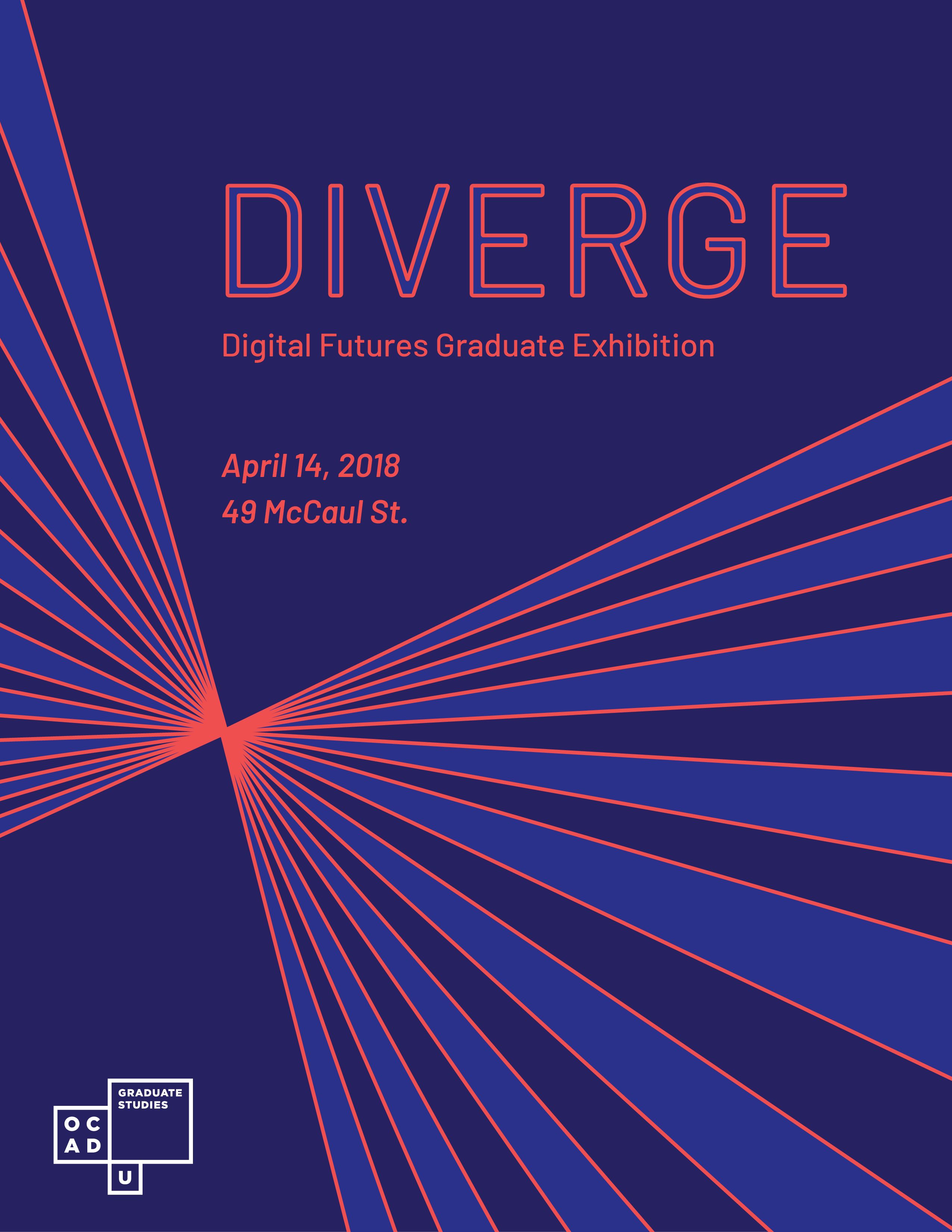 After drafting a couple different approaches to the poster design, I met again with the students to present the work. An interesting component to this process was that many of the students were also designers. During our meetings, if there was a quick change they wanted to see or try out I hooked my computer up to a projector and made the changes directly in Adobe Illustrator. In this way, we had a very agile and fluid evolvement of the design, and collaboratively settled on a direction that they felt represented and complemented their exhibit. Together, we settled on a linear style, with a dark blue and orange-red color palette. 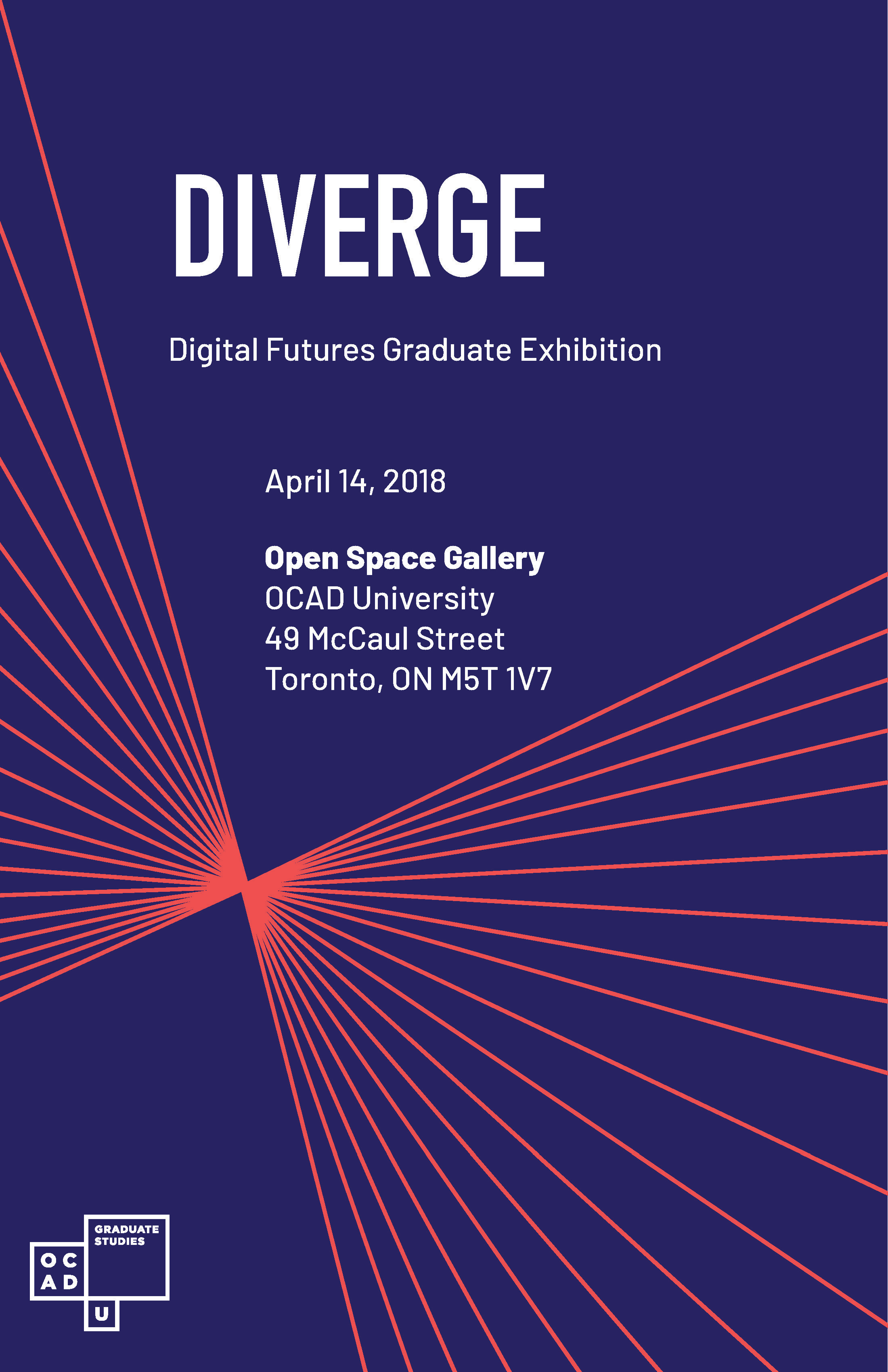 The event's branding being settled, the next steps included:

All of these design components were created in the span of about a month's time. Some project management skills went into making sure I had received all of the content from the students and to make sure I had enough time to send drafts, get approval, and send the print-ready files to the printer. We had a very successful exhibit, all the designs were ready in time, and it was a great and exciting experience overall! 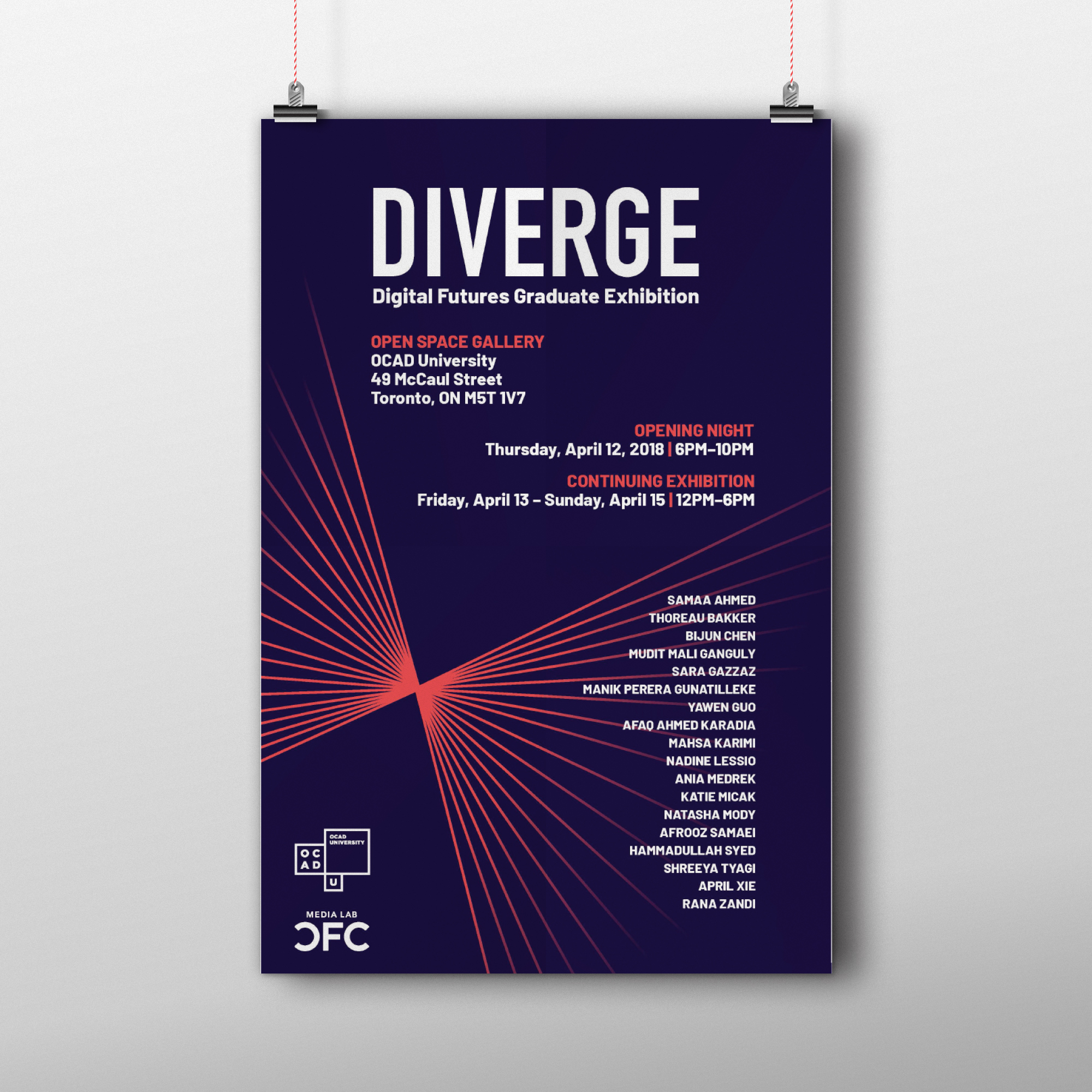 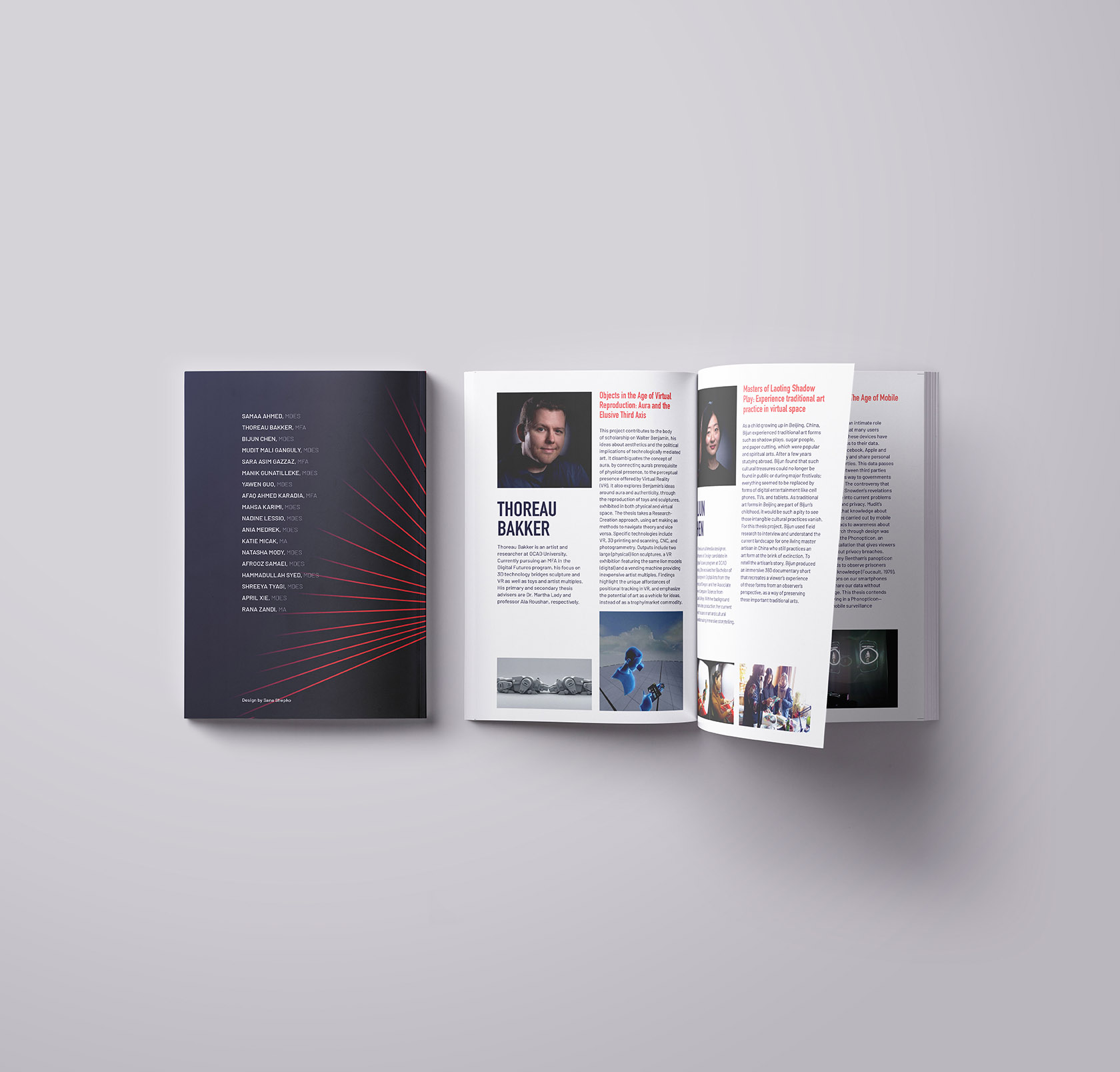 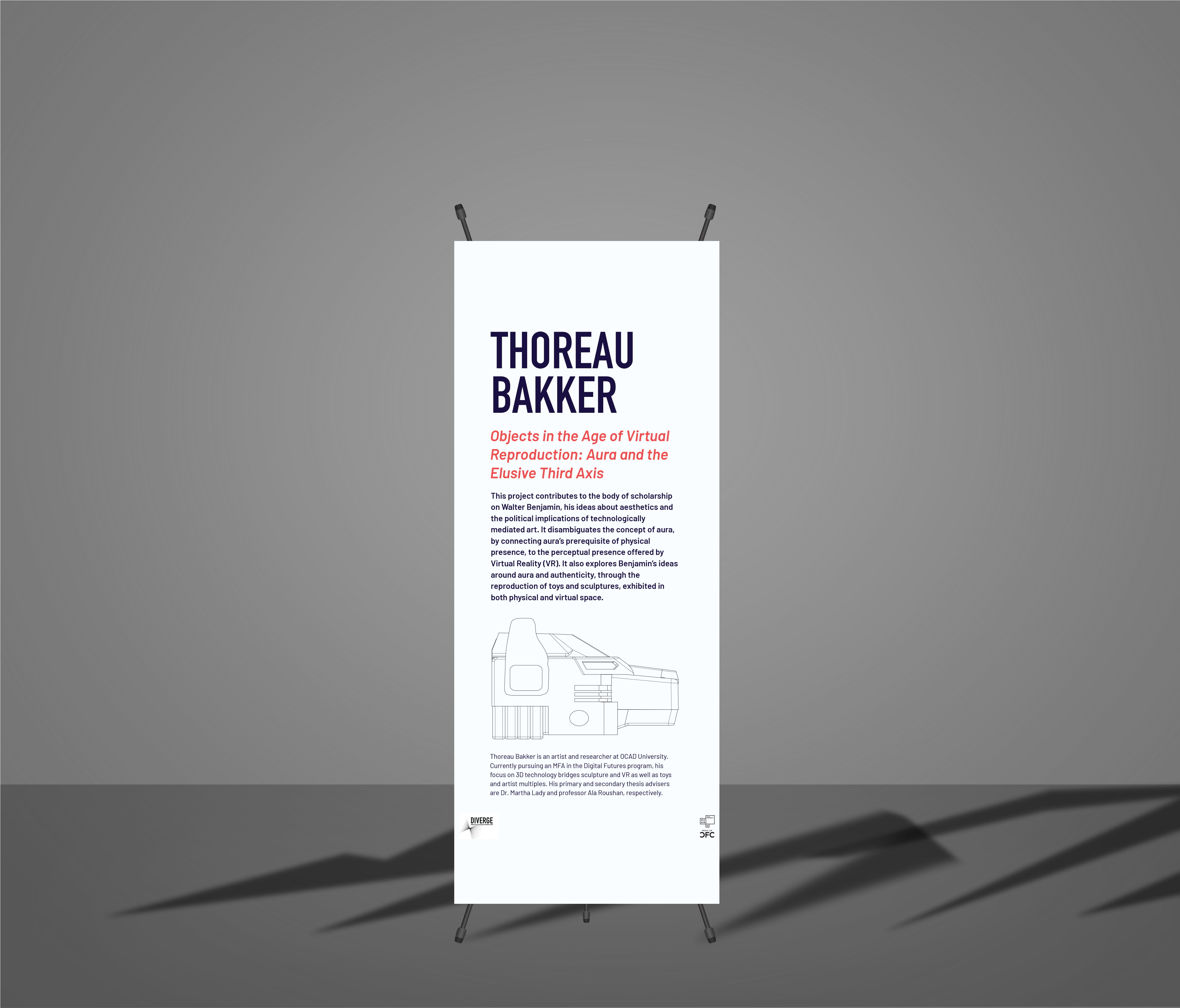 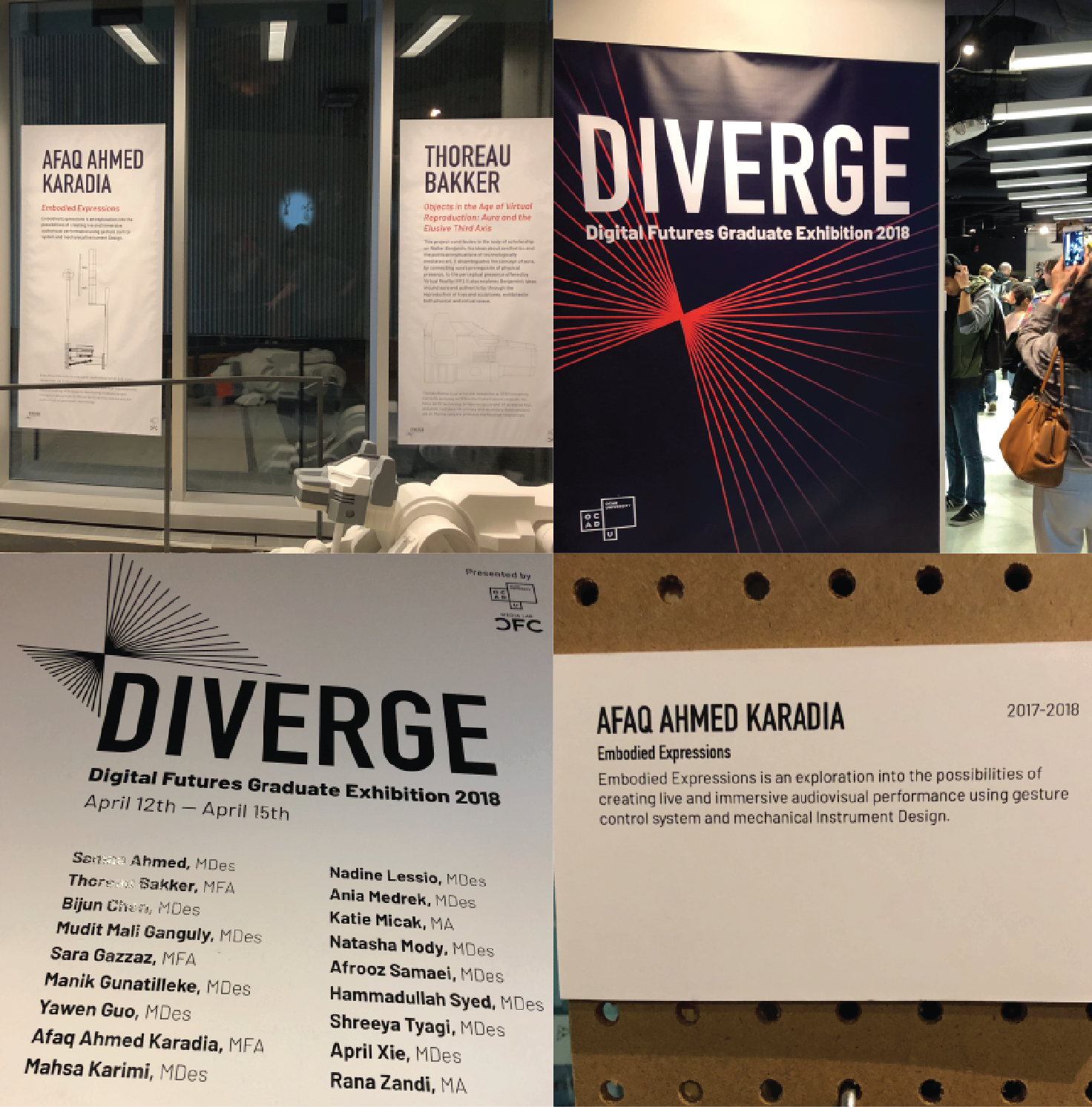