From April to August 2019 I interned with The Globe and Mail, Canada's largest national newspaper, and worked closely with their data science team at The Globe's Toronto office. During this time I was given the task of creating various wireframes and prototypes for the internal tools that they were building, many of which used artificial intelligence to help their reporters do research and make crucial connections. One such tool I helped to name and design: Cicero. This particular project was one I spent the most time designing. It combined several different types of data visualizations, as well as requiring reporting capabilities, so the design had to encompass different functionalities that were specific to the 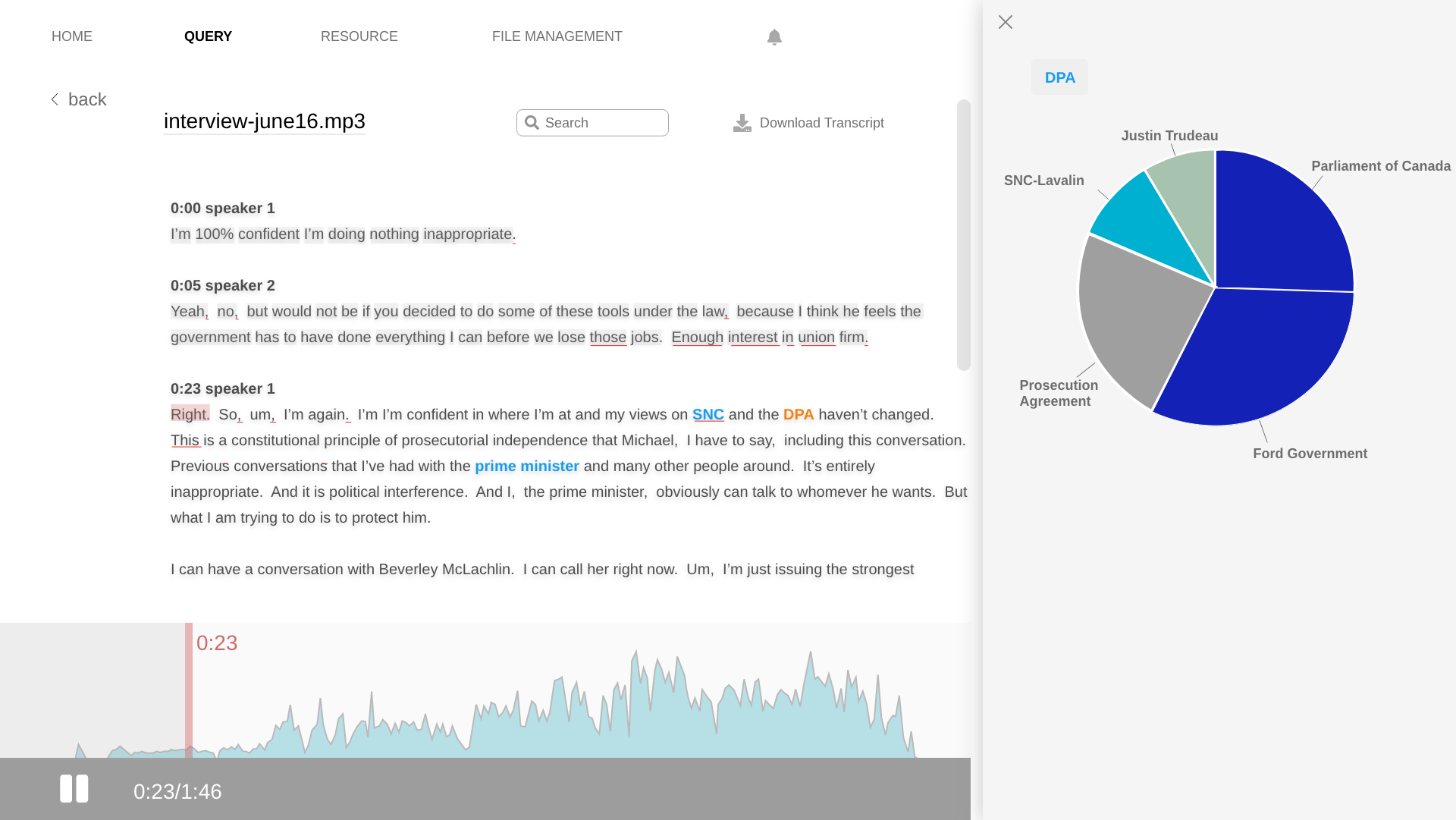 On a weekly basis I participated in stand-up meetings with the team working on Cicero. There were several developers working on various components of the system, and it was important that I understood the purposes and functionalities of the tool in order to design a cohesive interface and User Experience. The tool encompassed the following functionality:

I worked in Adobe XD to initially create black and white wireframes of the design, and then progressed into color prototypes. One of the biggest lessons in creating these prototypes was preparing the design in such a way that it could handle large amounts of file uploads, since it was very probable that reporters might be uploading a large amount of PDF files in a single upload. Thus, much of the prototyping and design process involved checking in with the team and The Globe's data science manager and presenting the progress routinely. 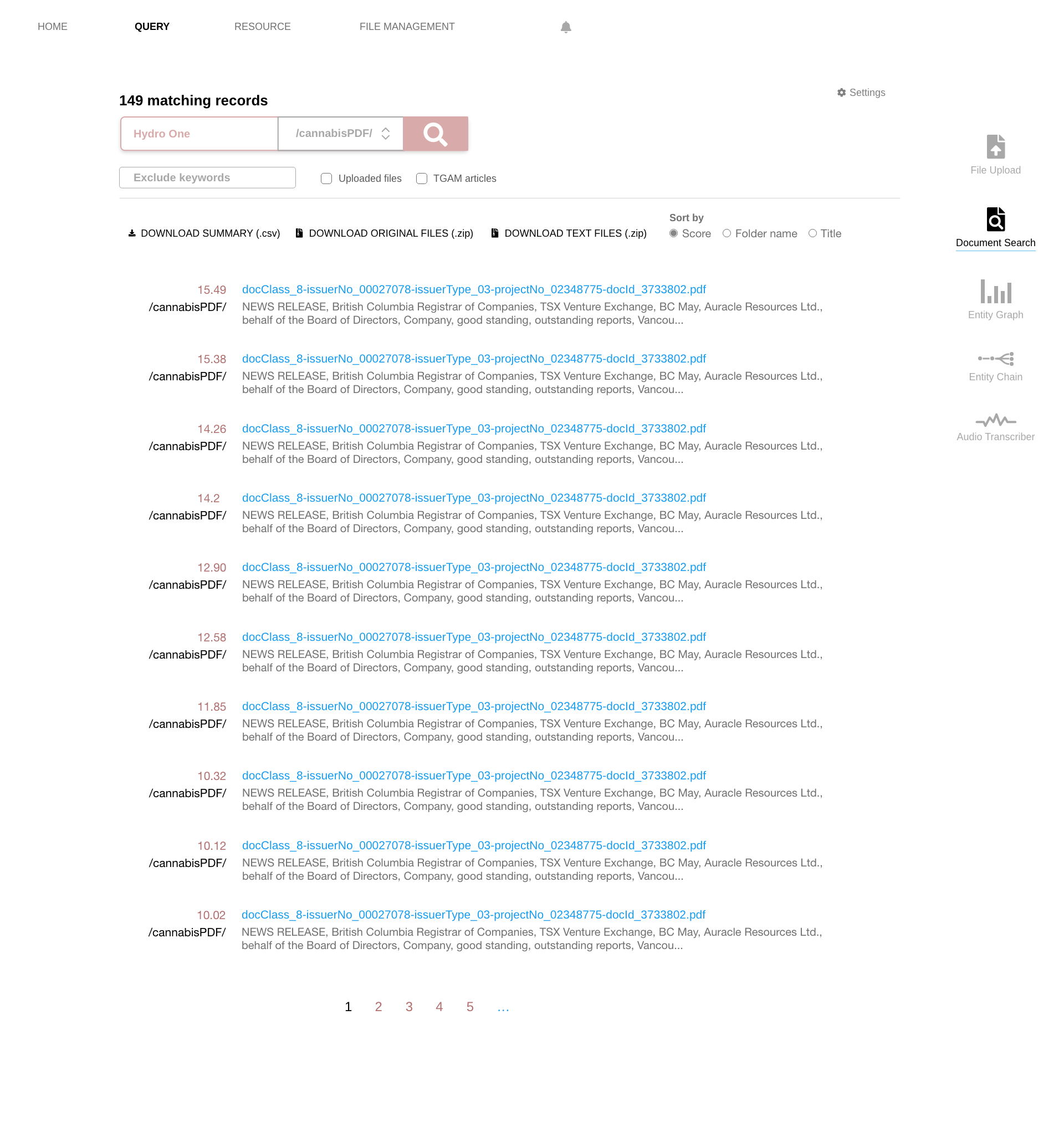 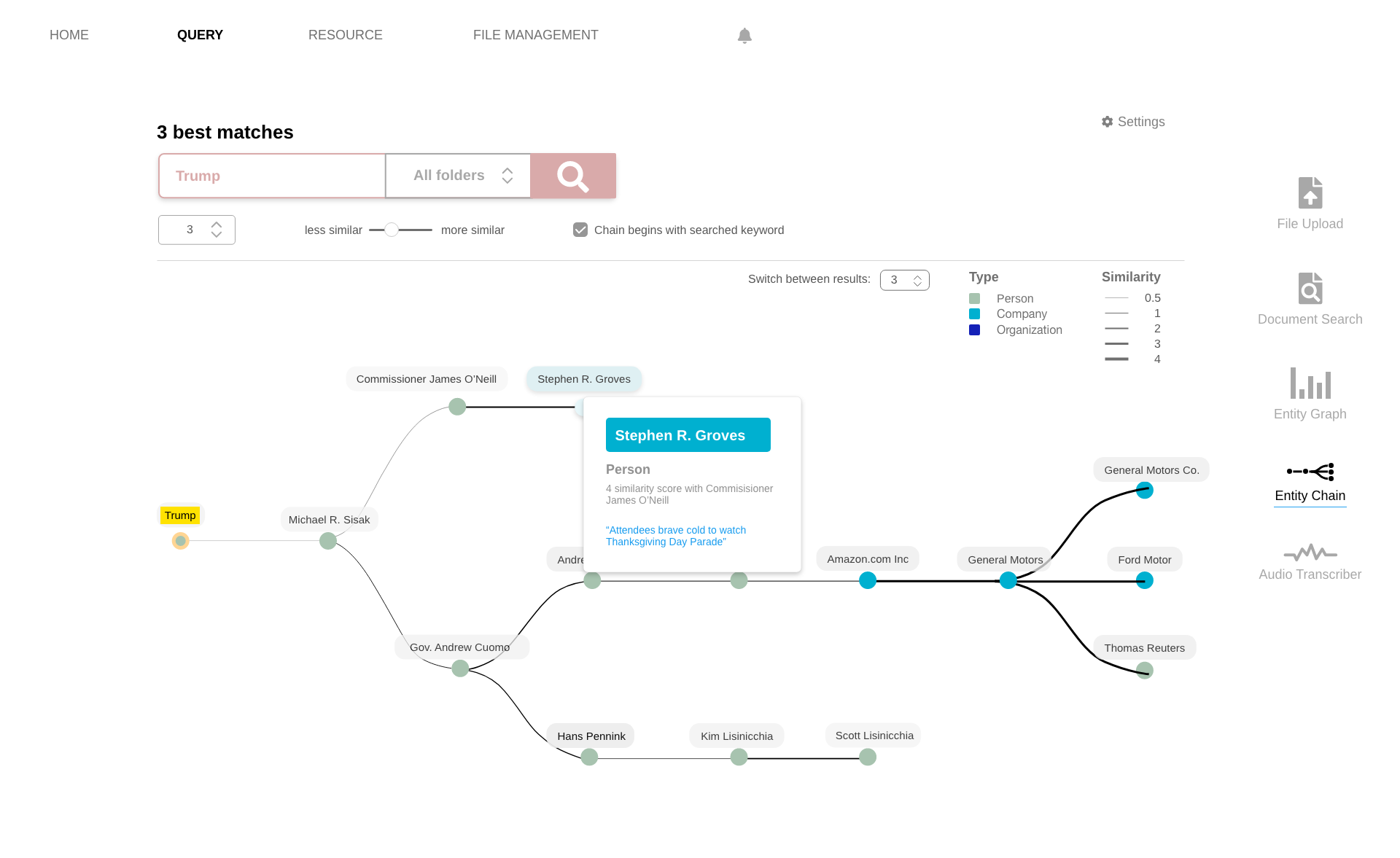 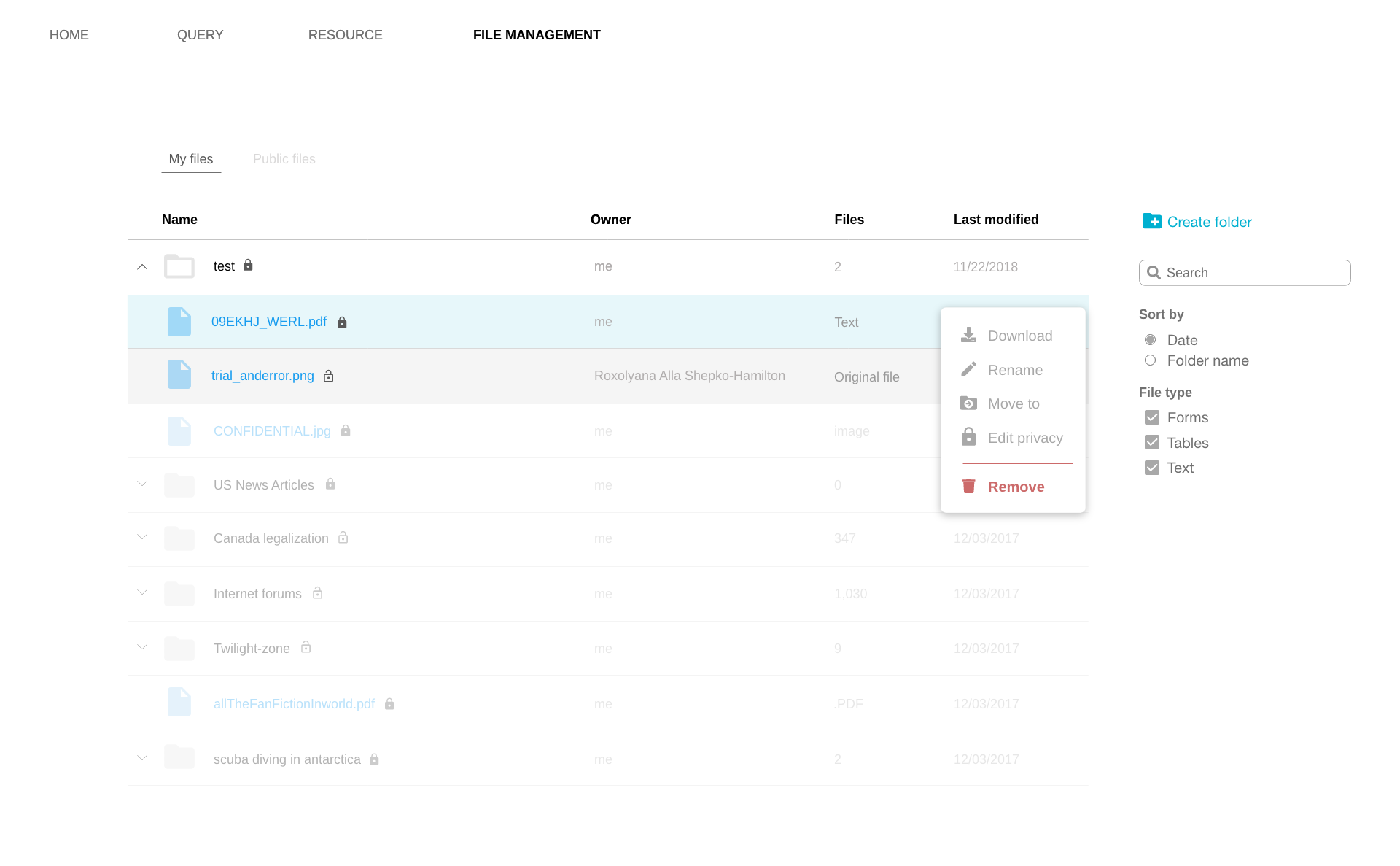 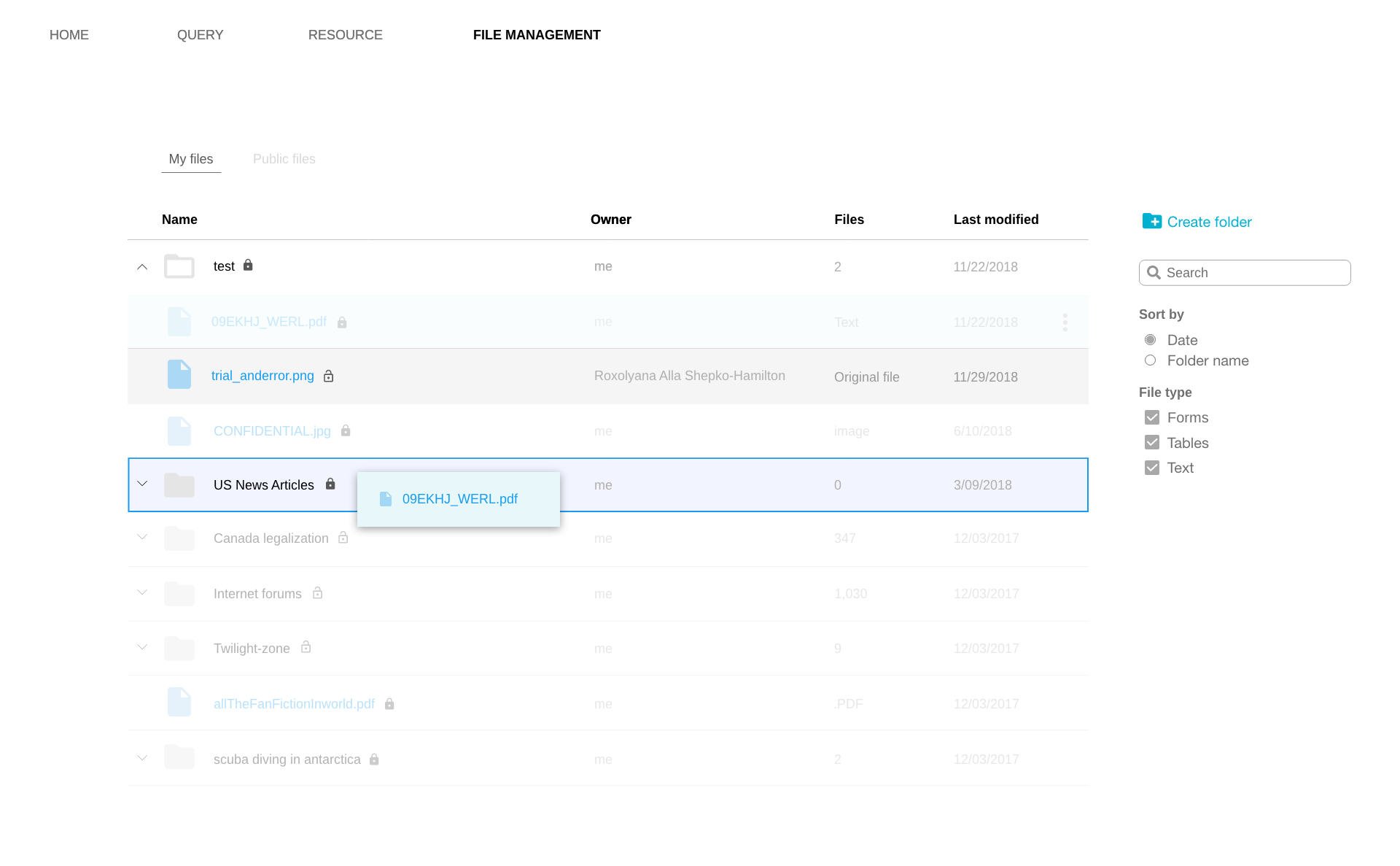